Adrian Edmondson and Nigel Planer, who shot to fame in the 1980s with The Comic Strip Presents… and as Vyvyan and Neil in hit sitcom The Young Ones, are to reunite for a new stage comedy.

Vulcan 7 focuses on two actors who meet again on the set of a fantasy movie.

The play is described as follows: “Gary Savage and Hugh Delavois were students at RADA together. Now in their sixties, they meet in an Icelandic wasteland, on the set of a fantasy movie.

“Hugh has had a plodding career but has landed the role of Vulcan’s butler – a small but regular role – and he’s making his seventh film for the franchise. Gary is a one-time Hollywood A-lister who has fallen on lean times, and is playing a guest monster with four hours in make-up and one word in the script.

“Sparks fly inside the trailer as old wounds are opened. Leela, a runner, attempts to keep the peace between them, but outside the trailer things are not going to plan either: the director’s gone AWOL, the catering truck’s on the wrong side of a ravine, and the volcanic activity is growing more and more lively by the minute…” 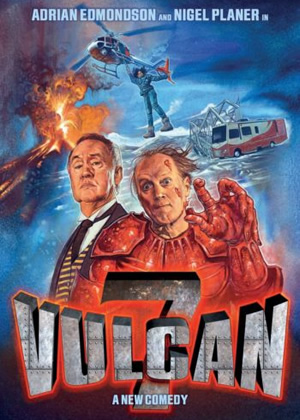 The duo, who also previously appeared together in 1987 sitcom Filthy, Rich And Catflap and played together in spoof rock band Bad News, have co-written Vulcan 7.

Edmondson will play Gary Savage, with Planer as Hugh Delavois. The cast is completed by Lois Chimimba who plays Leela, the runner.

Directed by Steven Marmion, Vulcan 7 will open in Guildford in September, before touring Cambridge, Newcastle, Bath, Richmond, Malvern and Edinburgh.

The best cheap wireless headphones you can buy (CNET Top 5)

Danny Bowien Cooks Up Some Spicy Chicken Wings for Seth

Comedies up for RTS Awards 2019