Meghan Markle and Prince Harry recently had a sweet moment with some blind royal fans.

On Monday, the Duke and Duchess of Sussex spent time walking around Hamilton Square in Birkenhead, Merseyside and stopped to chat with some well-wishers along the way. While there, Meghan gave an update on her due date and revealed she was six months pregnant and due at the end of April or early May.

While much fanfare surrounds the future royal baby, the parents-to-be had one special moment with a fan that instantly went viral. One attendee shared on Twitter an interaction that her blind niece had with the royals. The user Tracey Marie posted two pictures near Meghan and Harry. In one, the prince gently held onto a girl in a purple parka and black beanie. The second photo showed Meghan touching a card written in Braille.

“The little girl with the grey hat with a black bobble (My niece who is blind) Harry held on to her ensuring she was safe,” Tracey described on Twitter. “Meghan went down on the floor to take a card she had made for her in braille.”

According to People, some blind children were allowed to touch the Duke and Duchess’ face. 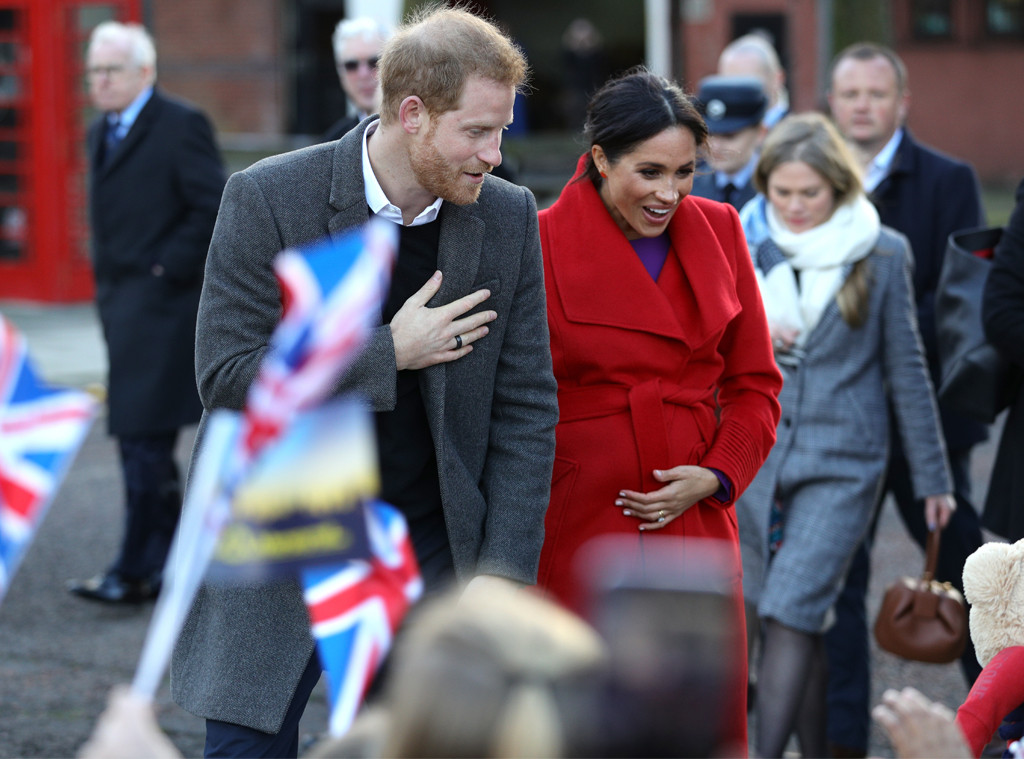 Frank Field, a Member of Parliament from the area, told the magazine a bit more background on the situation. “In the square, there were some blind children who wanted to touch the royal faces because they couldn’t see them. Both of them went down on their haunches so the children could touch their faces,” he explained.

In Tracey’s photo, Meghan bent down to read the little girl’s Braille card.

While out in Birkenhead, the royals met with veterans as well as Tomorrow’s Women Wirral, which is an organization that offers “training courses and support groups around mental health, domestic abuse and more.”

On Jan. 10, Kensington Palace announced that Meghan will be the patron of four organizations, including one called Smart Works, which helps “unemployed and vulnerable women regain the confidence they need to succeed at job interviews, return to employment and transform their lives.”

Getting a Word In with Rudy Giuliani | The Daily Show

Spencer gets stuck on a stair-climbing wheelchair – BBC Click

Chris and Liam Hemsworth BOTH Auditioned for Thor! – The Graham...

Don Quixote; Since She review – Nuñez and Muntagirov dazzle

Did Trump Try to Obstruct the Obstruction of Justice Investigation?: A...

Yes, I have white parents. But I have African ancestry too...

Getting a Word In with Rudy Giuliani | The Daily Show

Khloe Kardashian Includes Pregnancy Photos in Her Top 9 Pics of...