The unofficial opener typically draws in the biggest celebrity guests and runway models of the day. Not to mention, his ultra-luxe, vintage-inspired designs are seemingly made for Hollywood elite. Case in point: Julianne Moore, Rosie Huntington-Whiteleyand La La Anthony—who was living her best life in a statement hat and menswear-inspired suit—sat front row. Not to mention, Gigi Hadid may have been booked at Jeremy Scott (who showed at a similar time), but that didn’t stop her close circle—Zayn Malik, Anwar Hadid and Hailey Baldwin—from attending the Tom Ford show.

Don’t worry—Kaia Gerber, along with Joan Smalls, held down the fashion fort, walking down the runway in black, animal-print, ‘80s-inspired ensembles.

The 16-year-old model looked like a glam Wednesday Addams circa 1982, and we’re into it! 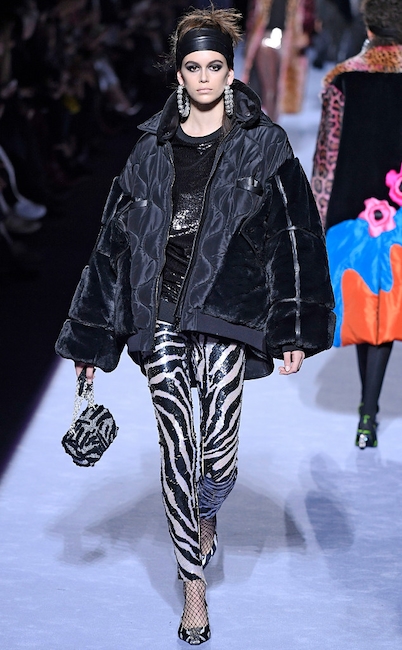 On her second walk, fierce fashion was on display, as the model wore zebra-print leggings and a matching bag. 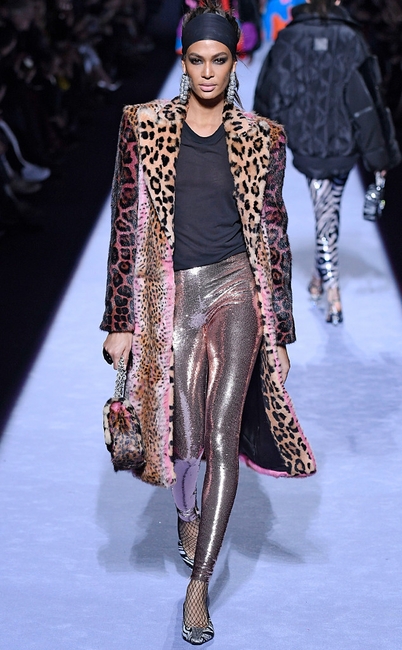 Rawr! The model wore all kinds of animal prints on the runway. 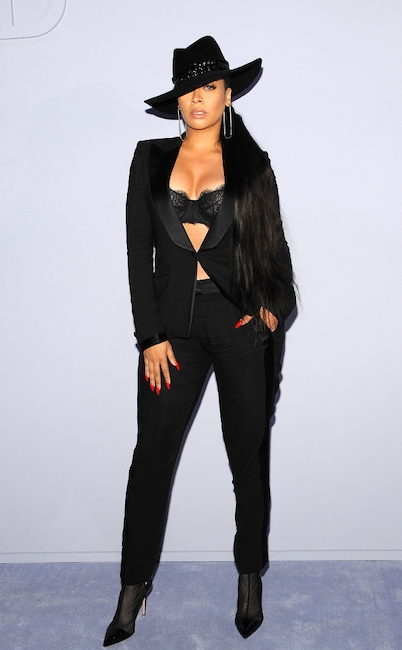 Outfitted in Tom Ford, La La wanted to wear something menswear-inspired despite the fact that it was a womenswear show, she told E! News. The look was made sexy with a lace bra and sheer heels we think BFF Kim Kardashian-West would approve. 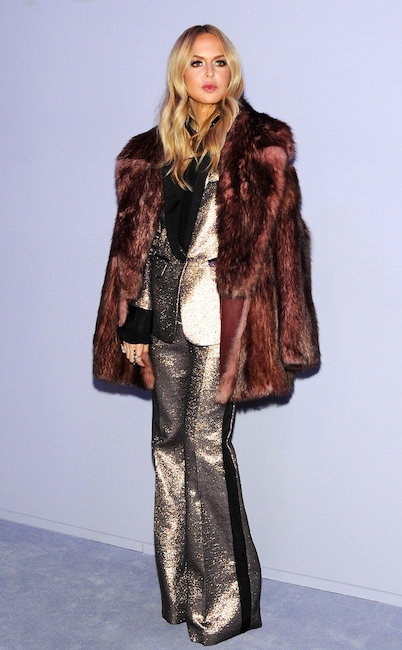 An ’80s-inspired show? That’s the power stylist-turned-designer’s bread and butter. The trendsetter left her house at 4 a.m. to make the Tom Ford show, she told E! News. 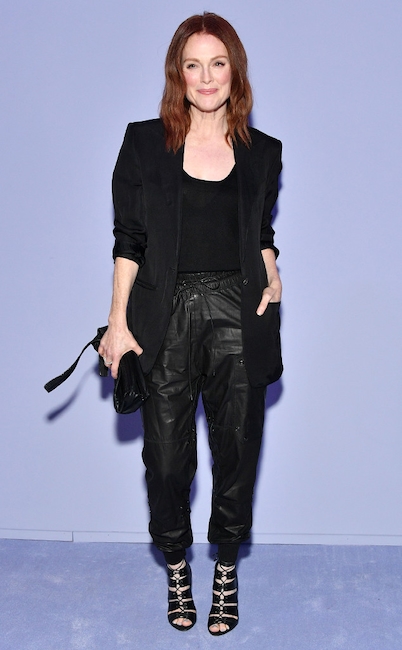 This all-black look is made interesting by all the different textures, from the drawstring pants to the strappy shoes. 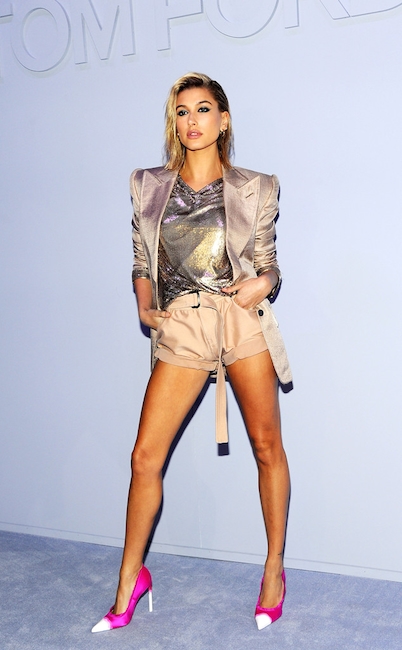 Just after a gig at Adidas Originals, the model sat front row at Tom Ford. By the way, she wore the same heels as Halsey at the Tom Ford menswear show earlier in the week. 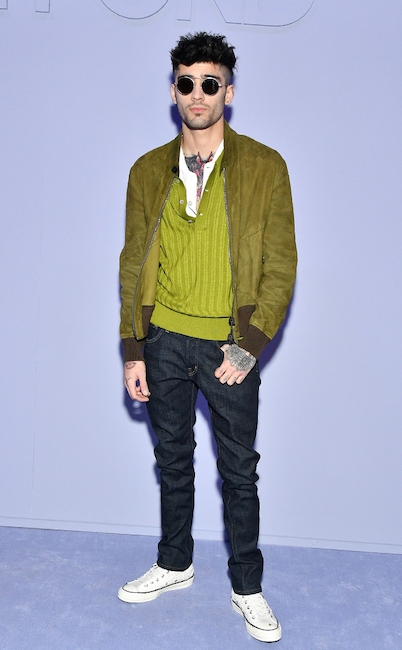 Gigi may have been at Jeremy Scott at the time, but that didn’t stop her boyfriend from supporting Tom Ford. 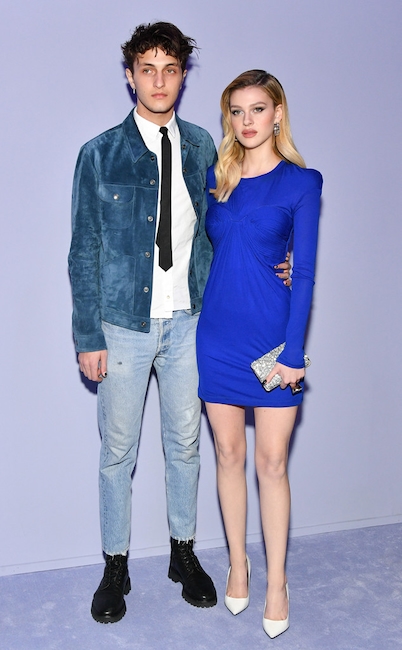 Gigi’s brother, who also models, and his girlfriend proved couples who do NYFW together stay together. 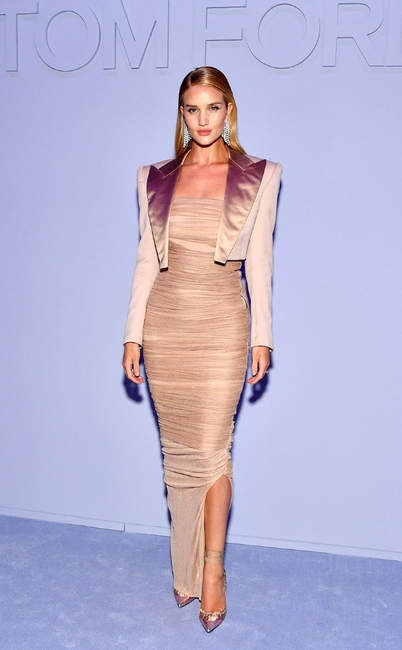 The structural jacket with the ruched dress makes a high-fashion combo. 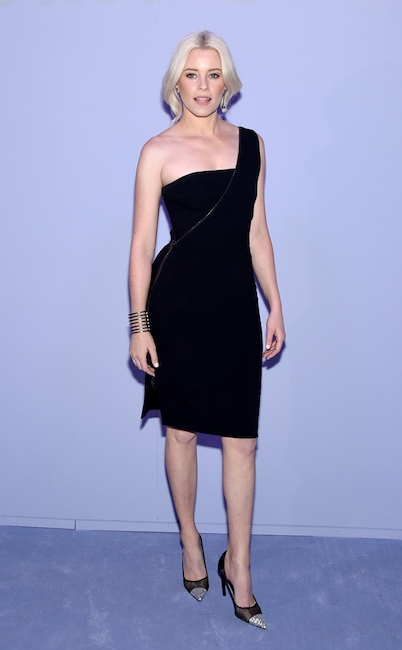 The simple LBD is only magnified by the actress’ platinum-blonde hair.

Stay tuned all week for more updates, celebrity looks and how-tos from NYFW!

One Circus Ends as Another Begins

Go Behind the Scenes of Hannah Brown's Season of The Bachelorette