Jason Priestley is mourning the loss of a beloved, longtime friend.

Just days after his Beverly Hills, 90210 co-star Luke Perry passed away at 52 years old following a stroke, the actor took to social media to address the great loss publicly.

“It’s taken me a couple of days to figure out how to write this,” the star began. “My dear friend of 29 years, Luke Perry, was one of those truly special people who really cared… Luke was not only a star, he was an incredibly bright light that was extinguished far too soon… and that is why I, and so many others, are in so much pain today… If you had the good fortune to know Luke, or to have ever crossed his path, I know you are sad today as well.”

Priestley concluded the touching note with a heartbreaking metaphor. “The candle that burns twice as bright only burns for half as long… you burned oh, so brightly Luke,” he added. “Goodnight Sweet Prince.”

The two actors starred on the iconic Fox series together for six seasons of the long-running show. As fans well know, they portrayed close friends Dylan McKay and Brandon Walsh throughout the show.

Tributes have poured in for Perry since his untimely death, including from other co-stars like Ian Ziering.

“Dearest Luke, I will forever bask in the loving memories we’ve shared over the last thirty years. May your journey forward be enriched by the magnificent souls who have passed before you, just like you have done here for those you leave behind. God please give him a seat close to to you, he deserves it,” the star wrote on social media earlier this week.

Tiffani-Amber Thiessen, who later joined the show, also remembered Perry on Instagram, writing, “My heart has been weighing heavy. The loss of a man who started as my co-star but quickly became my friend. He welcomed me on my very first day of #90210 with open arms. A day that was not an easy one for me. I was coming in to a show, a family really, that had been together for over 4 years. But this man took me under his wing and made me feel at home. Made me feel like I belonged in his TV family. He was sincere, sweet, warm, kind, professional and funny as all heck. And most of all, the definition of a gentleman. Luke, our world has a hole in it now that you aren’t here. But heaven definitely gained you as an angel.” 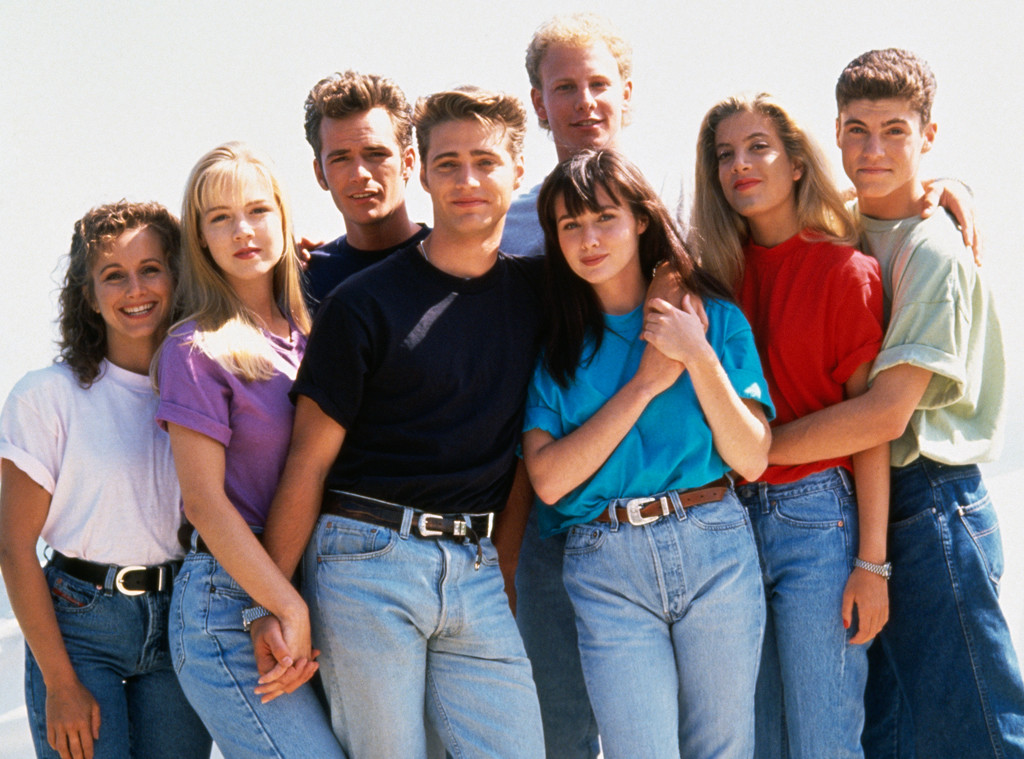 On Wednesday, the latest episode of Riverdale was also dedicated to the late actor, who starred as Fred Andrews on the CW series.

“The family appreciates the outpouring of support and prayers that have been extended to Luke from around the world, and respectfully request privacy in this time of great mourning,” his rep previously told E! News in a statement. “No further details will be released at this time.”

How hard is it going to be to get an iPhone...