Hugh Grant is about to be a daddy of five!

The 57-year-old British actor is expecting his fifth child with girlfriend Anna Eberstein. The couple was spotted walking through a New York City airport on Tuesday where the Swedish television producer donned an ensemble that showed her growing baby bump.

The baby will be the third child for Eberstein and Grant. They’re already parents to a 2-year-old daughter and a 5-year-old son named John.

E! News reached out to Grant’s reps who are not commenting on the baby No.5 reports. 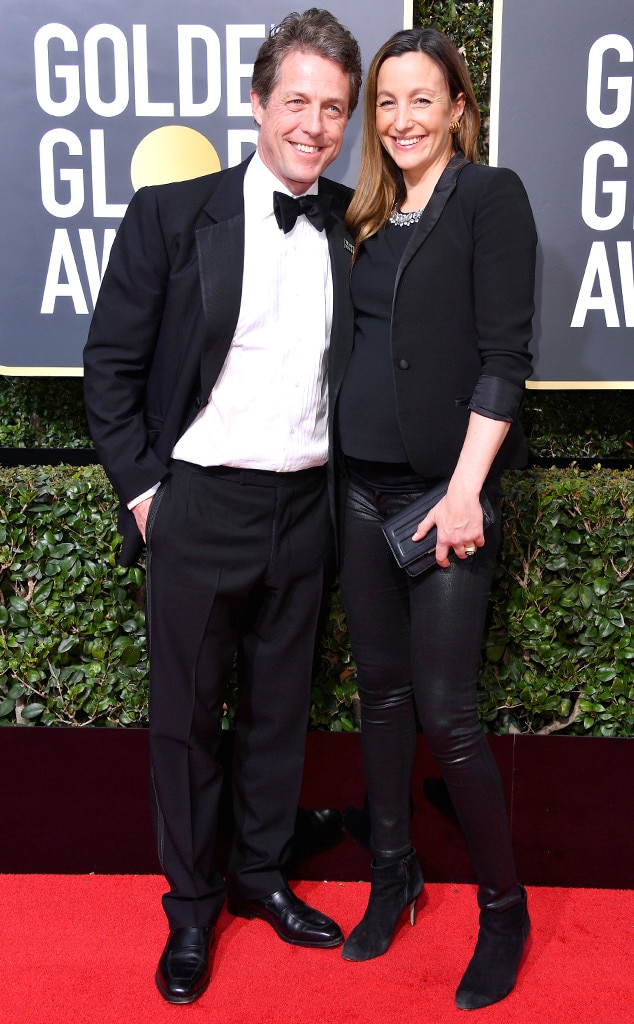 Meanwhile, the Paddington 2 star and his pregnant girlfriend made a rare public outing together on Sunday to attend the 2018 Golden Globes.

Wearing black layers in support of the Time’s Up movement, Eberstein’s bump was not as noticeable when the couple posed together on the red carpet. However, she definitely appeared to be glowing.

Though he didn’t welcome his first child until much later in life (when he was 51!), Grant has always gushed about parenthood.

During an interview with Ellen DeGeneres in 2012, he admitted, “Everyone was right all these years, saying, ‘Hugh, why don’t you have some children? It changes your life.’ Now that I have a child, it is life changing. I recommend it. Get some!”

People was the first to report the baby news.

A Weather Report From The Overlook Hotel

Pete Davidson Returns to Social Media With a Big "F–k You"...