The results of the Funny Women Awards 2019 have been announced at a final, which took place last night (19th September) at the Bloomsbury Theatre in London, hosted by Katy Brand. 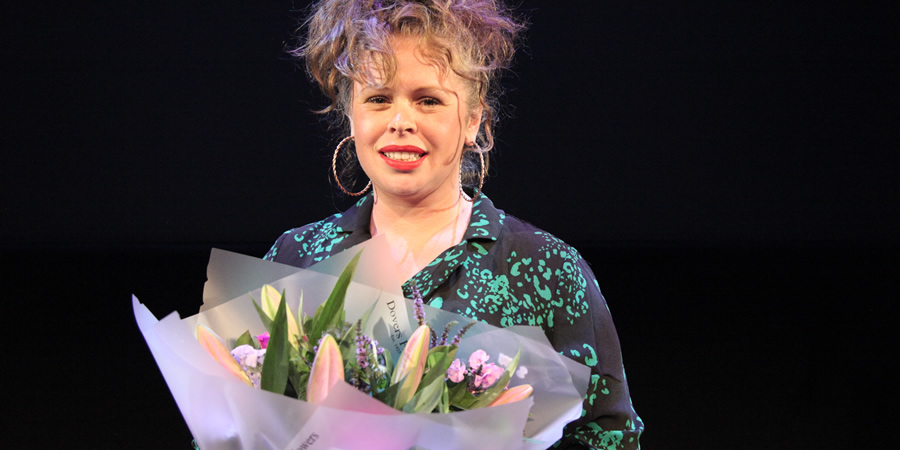 English teacher and mother of three Laura Smyth, from Forest Gate, East London, was encouraged to get into stand-up by her husband who was “concerned about the amount of time she spent sitting down.” She has only been performing stand-up for a few months and describes her style as ‘daft’ and ‘autobiographical’, having imagined actual stand-up routines in her head throughout her adult life.

In total there were 433 entrants and across a video entry stage, heats and semi-finals. Sian Davies was named runner-up at the live final, and Charlie George came third. The other finalists were Celya AB, Liz Guterbock, Jen Ives, Helena Langdon, Sarah Mann and sketch duo Shelf.

Amongst her prize package, Smyth wins a mentoring session with Jo Brand, who was announced on the night as Funny Women’s newly appointed patron, or as she prefers to call herself, ‘matron’. 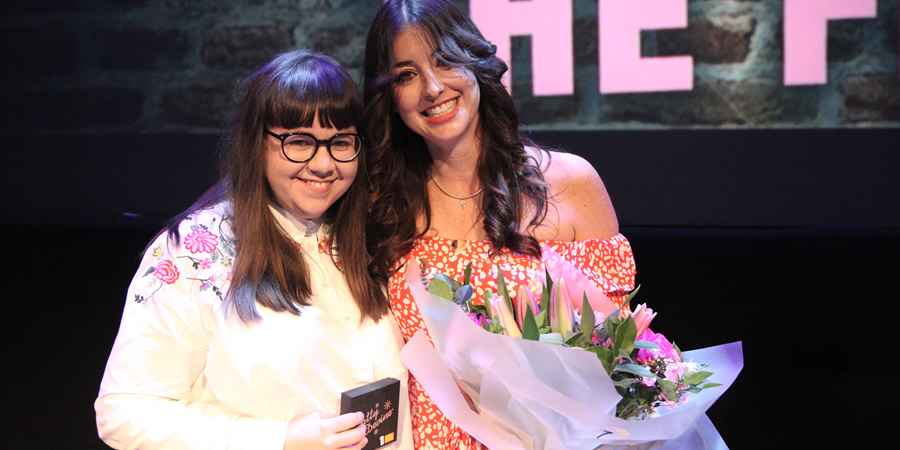 Friends for over 10 years, Samantha Lyden and Teresa Burns bonded over their similar backgrounds and being daughters of builders. They’re passionate about “bringing working-class stories to the screen and championing feminist issues through both female and male protagonists.”

Entry into this category required a film of 1-6 minutes that can utilise any comedic discipline. The runners up were Paper Trail by Emily Brown and Wives Of The Landed Gentry by Ziggy Luz.

The winners will be mentored in comedy script development, production and marketing by the Comedy Central team and receive a year’s membership to Women In Film And TV, the UK’s leading membership organisation for women working in creative media.

All the finalists’ videos can be watched via funnywomenawards.com 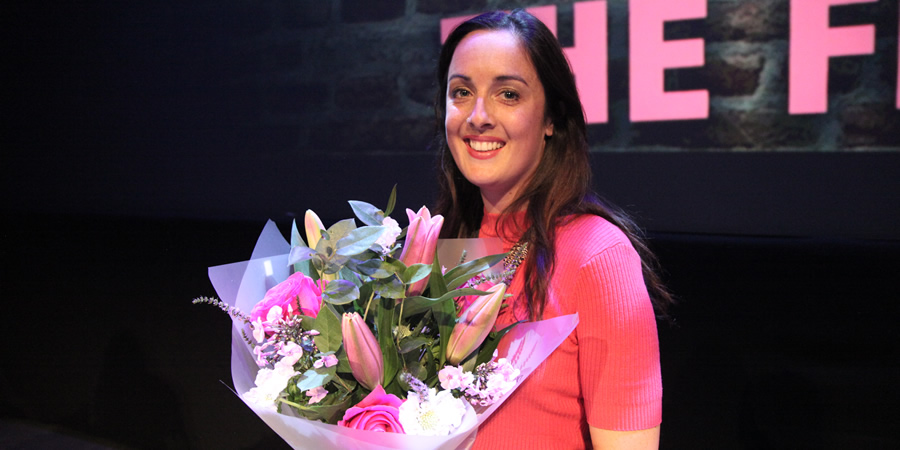 Lydia Rynne is a Royal Court Young Writer and one of five screenwriters selected for the BAFTA Mentorship Scheme. Her acclaimed play Hear Me Howl was described by The Stage as ‘brutally funny and refreshing’ – “two things Lydia tries to be on a daily basis, much to her housemates’ annoyance.”

This category involved entrants supplying a treatment (of one or two sides of A4) and three sample scenes of a comedy script for television or radio. The runners up were Lorna Woolfson for Tudor Roses and Alice Etches for The Wayward.

Rynne will now be mentored by Katy Brand. 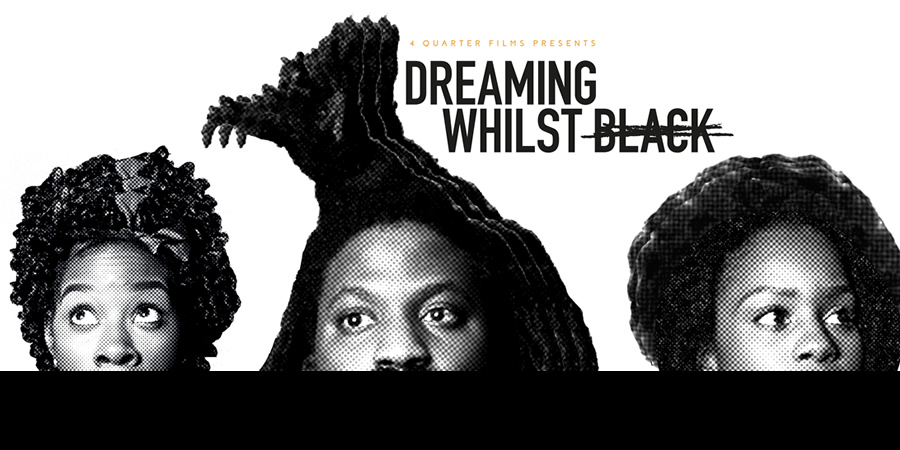 Laura Seixas is an award-winning Portuguese film director and co-founder of the company 4Quarter Films where she is Head of Development. She has directed several award-winning short-films including Belonging and Let There Be Light. All her shorts have been selected to play at major festivals, such as Festival de Cannes, Rhode Island International, NYC Indie and Sharjah International Children Film Festival.

Her show, Dreaming Whilst Black, is a 9-part comedy series that follows a young but naive British Jamaican filmmaker, Kwabena, as he struggles to navigate between his dreams and reality. The show explores the day-to-day struggles of being an independent creative trying to survive in London. It also highlights the nuances of how one’s race impacts this struggle.

Seixas will be mentored in comedy script development, production and marketing by the Comedy Central team and receive a year’s membership to Women In Film And TV.

The runner-up was Annie McGrath. 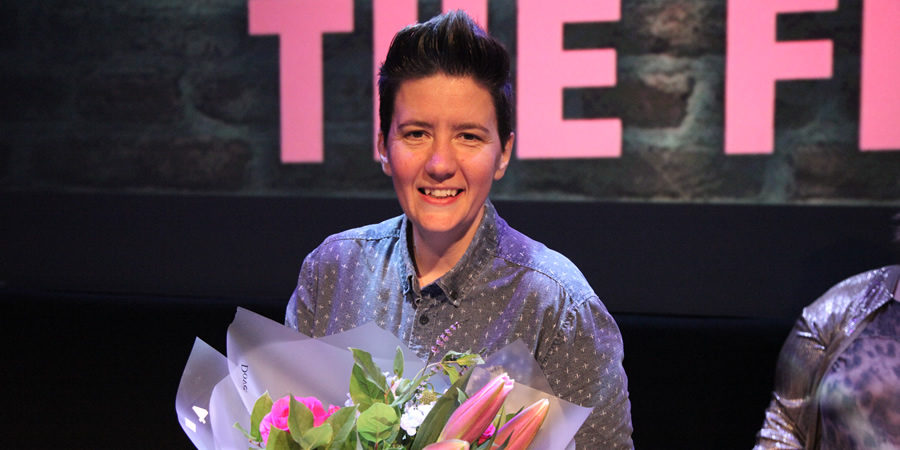 Hannah Brackenbury is Brighton-based musical comedian who writes and performs original comedy songs and “hilariously clever parodies.” She reached the Musical Comedy Awards final in 2016 and scooped the ‘Best of the Festival’ at Brighton Fringe 2018 with Victorious -a joyful and poignant tribute to the late great Victoria Wood. Hannah reprised her success to sell-out audiences at Camden Fringe this summer.

This award is voted on by the public. The runners-up were Off The Scale by Melinda Hughes and Westdal & Hayward …Need Work.

Brackenbury will receive a mentorship from Soho Theatre. The venue’s comedy associate, Lee Griffiths, says: “Funny Women have consistently worked with brilliant artists and shows over the years and it is with great excitement that we at Soho Theatre will be able to continue our relationship with them by offering mentorship to the winner of the Best Show Award including the opportunity to sit down and talk about how we curate our programme and what we look for in a production.” 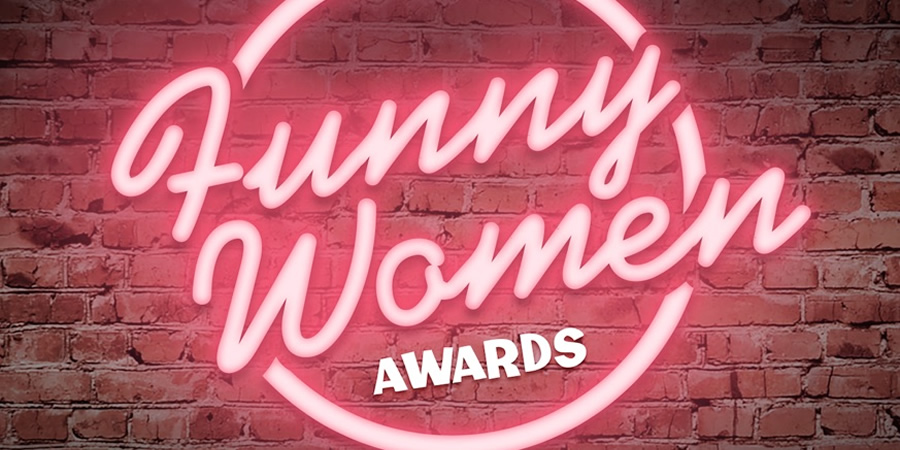 Talking about becoming the patron of Funny Women, Jo Brand says Funny Women is “a brilliant organisation put together to encourage women to go into comedy and support them on their journey. It’s really important because potential women comics really need their own space and help to set the agenda themselves.”

Funny Women founder Lynne Parker says: “Having the support of Jo means the world to us with her wealth of knowledge and experience of the industry. She tops the list of favourite female comedians and will help to bring attention to the work we do to give women a voice, in comedy and beyond.

“As a not for profit community organisation we offer support to women who want to perform, write, make films or produce shows through our outreach events and services. This is reflected in the breadth of our Awards and the hundreds of women who have taken part this year.

“Well done to all our finalists who we expect to be seeing a lot more of in the years to come.”

John Cena Wore Jorts in the Ring for One BIG Reason

The X-Files Preview: Mitch Pileggi Promises "You're Going to Find Out...

Taylor Swift and Her Squad Surprise Shoppers During Target Trip

'Ready Player One': Competitors Team Up for OASIS in New Trailer

Rosmersholm review – Atwell and Burke are breathtaking in Ibsen masterpiece

John Cena Wore Jorts in the Ring for One BIG Reason