There ain’t no mountain high enough to keep Diana Ross from slaying the style game.

As evidenced by the Lifetime Achievement Award she’ll receive at the 2017 American Music Awards on Sunday, the matriarch of Motown has always been on tune when it came to hitting musical notes…and in tune with what was fashion-forward.

With trends going in and out of style over the past few decades, the “I’m Coming Home” singer has managed to evolve in her stage wardrobe choices but stay true to her inner diva—sequins, ruffles and all. It’s no wonder she’s stayed on top for many generations, from her days singing with The Supremes to going stylishly solo.

Keep scrolling for a timeline of the soulful sensation’s best style moments over the last few decades. Believe us when we say that she’s had as many fashionable hits as she has musical ones. 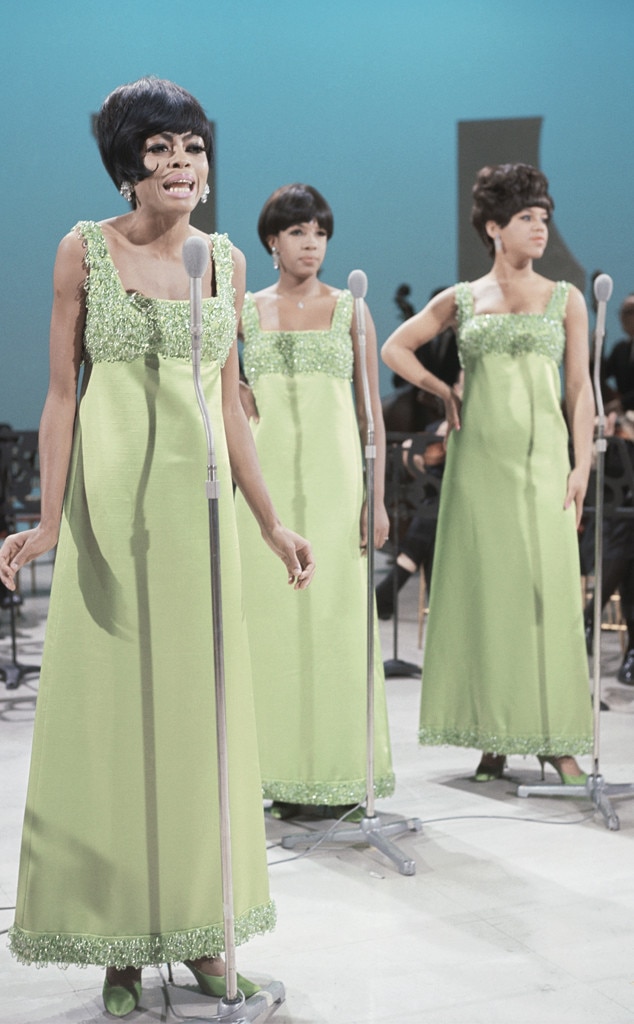 The singer’s sharp sense of style began before she went solo. Back in the ’60s when she was one part of girl group, The Supremes, she wore identical dresses with her triad, like this ankle-length key lime green garb lined with sequins. 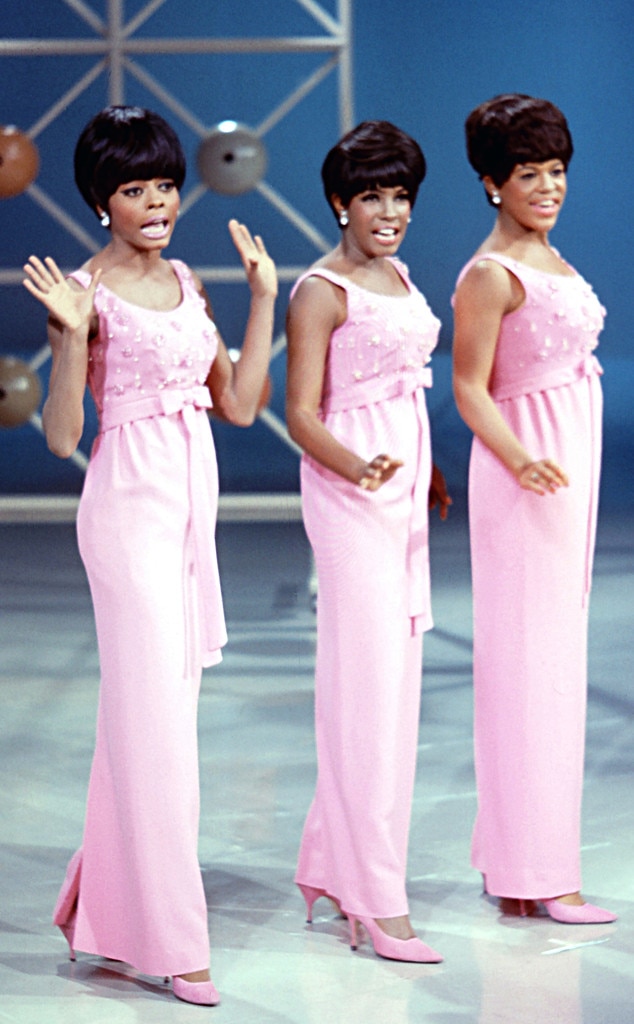 Diana may have coordinated a uniform with her fellow Supremes, but neither wore their matching outfits quite like she did. The vocal vixen knew that pulling off a bubblegum pink ensemble was all in the attitude. 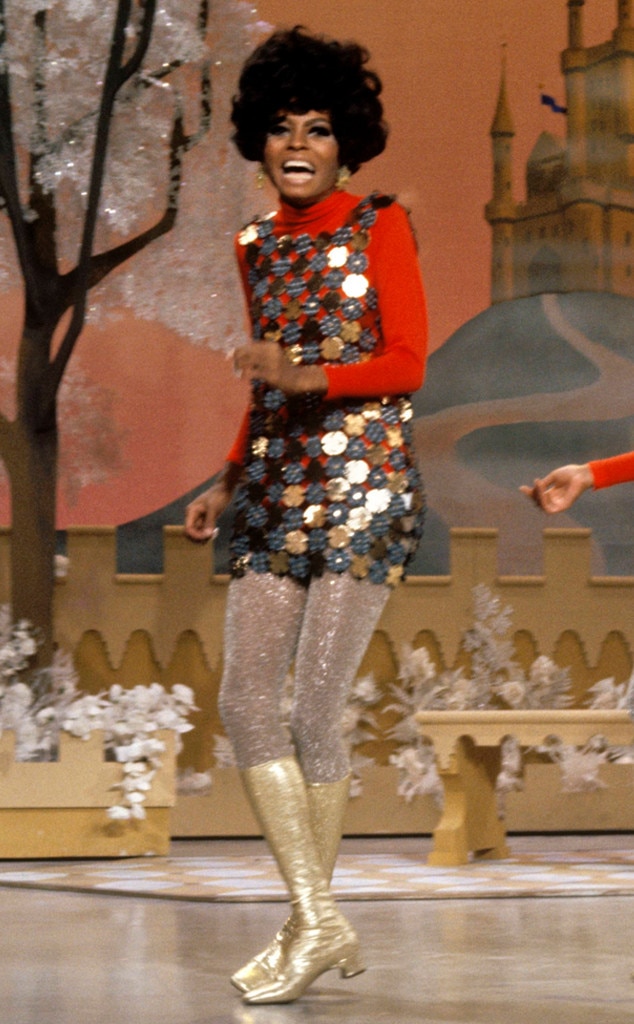 Can’t decide between accent pieces? Young Diana proved that you don’t have to choose. Just wear them all for a multi-dimensional, layered look, like the starlet’s array of metallic tights, shoes and statement dress. 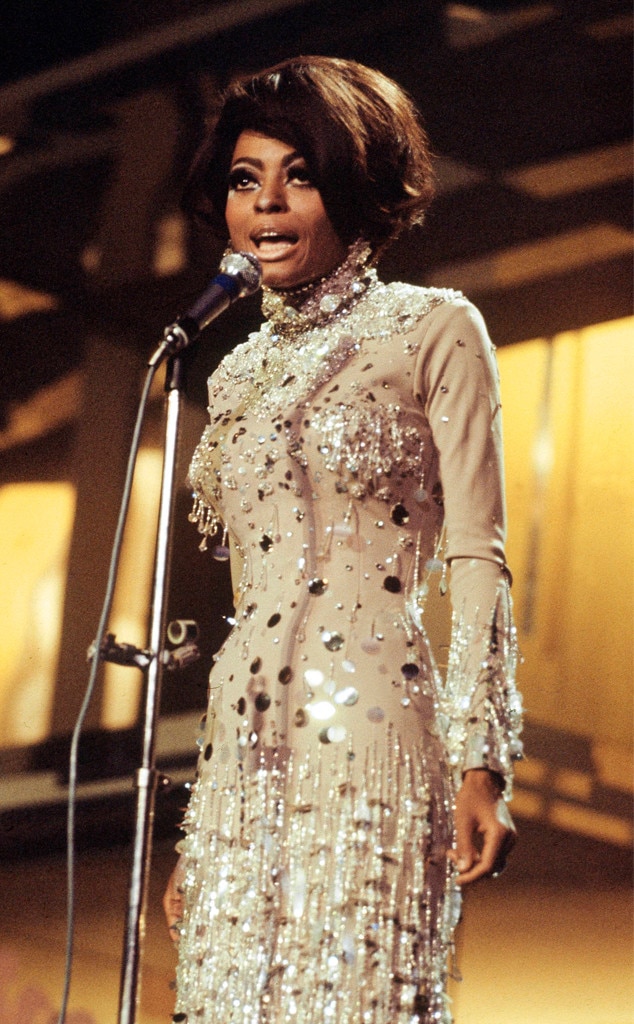 With that diva demeanor of hers, Ross made beige look bold. Of course, the sequins helps. 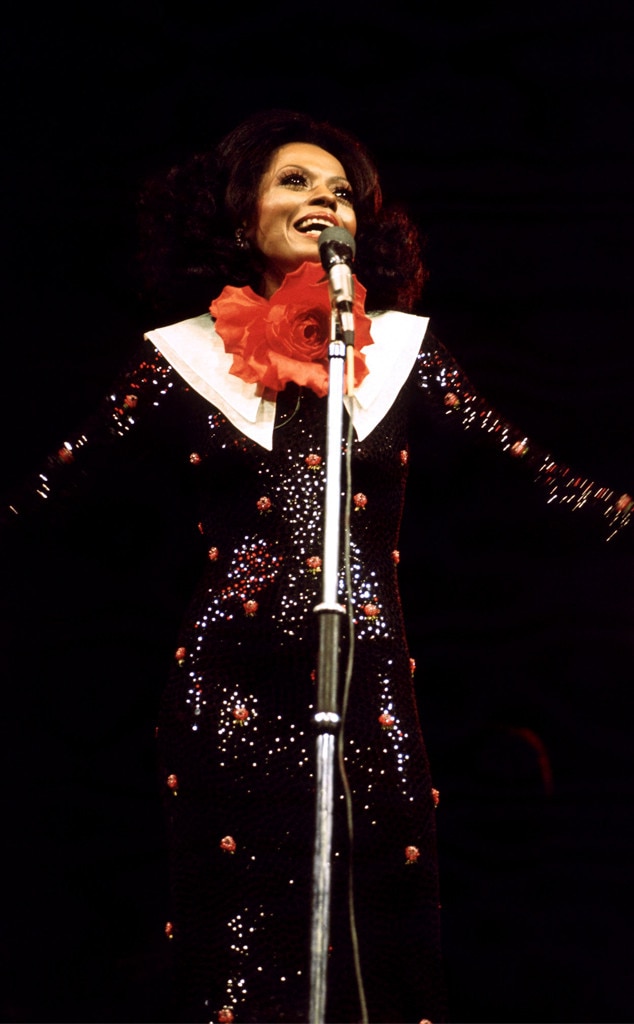 Diana Ross stepped up her fashion-forward style, and she wanted “the world to know.” Just a year post-girl group, the Motown miss opted for gutsier garments like this pilgrim collar, sequined gown topped off with a red flower in full bloom. 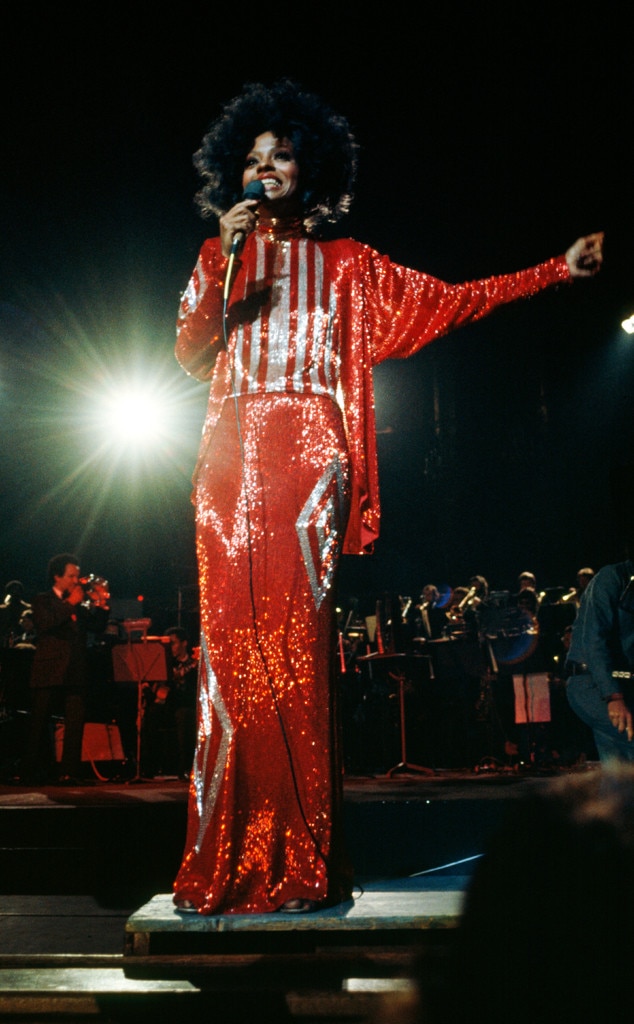 The vocalist was all smiles, stripes and sparkles on the Champs Elysees stage in a matching sequined suit. 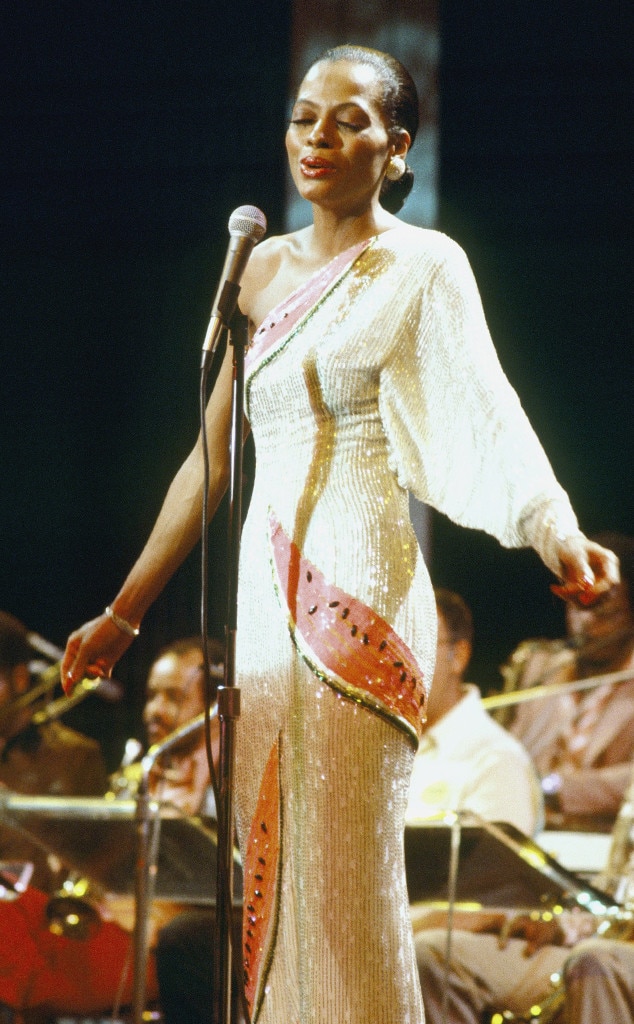 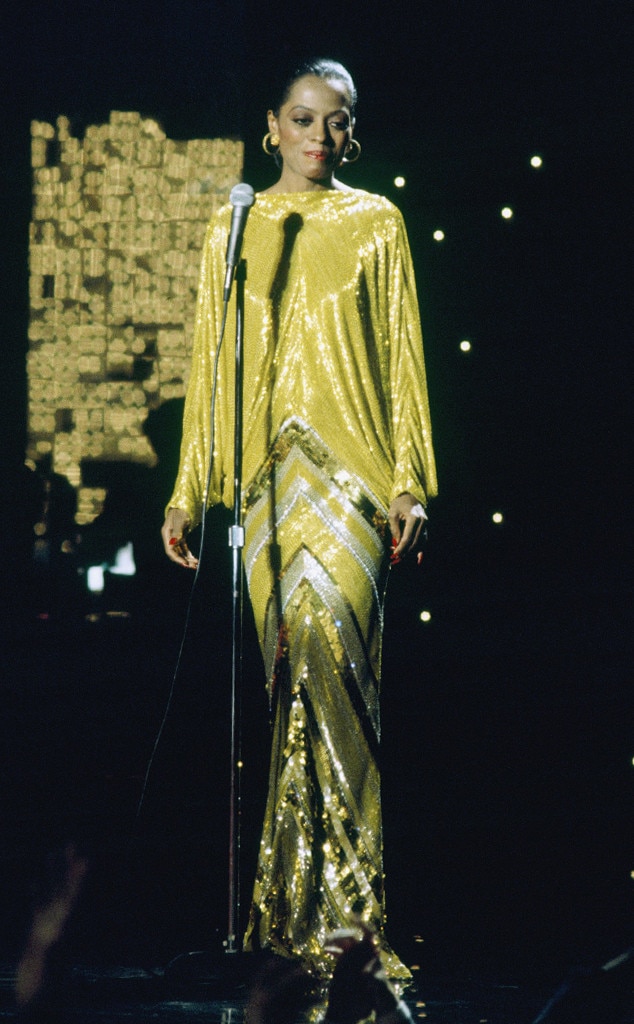 The vocalist graced the limelight in a lemon-hued dress with chevron and sequin detailing. She completed her stage style with gold hoop earrings that have never gone out of style. 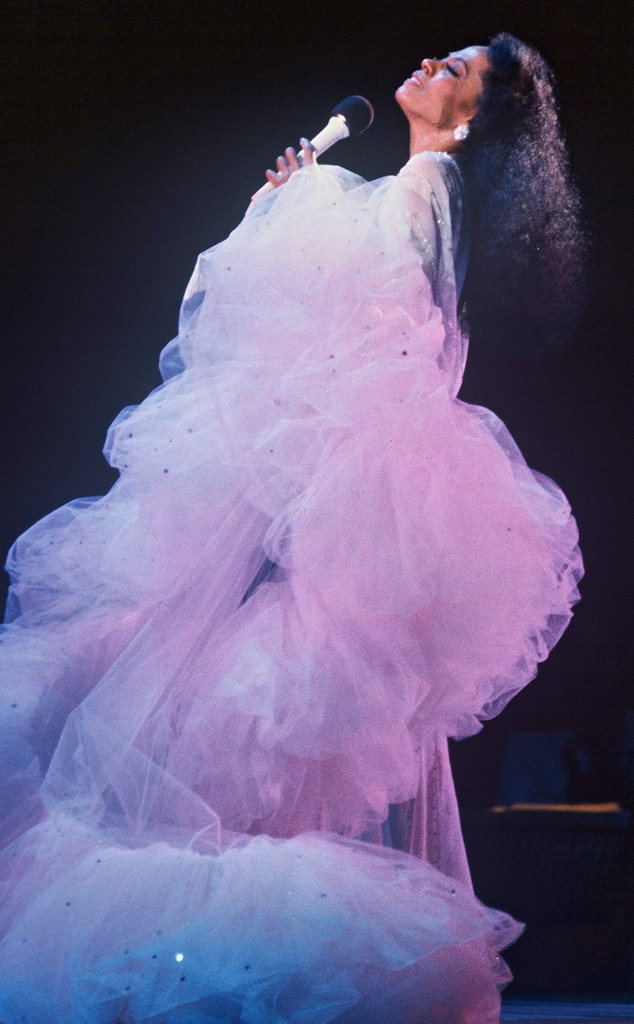 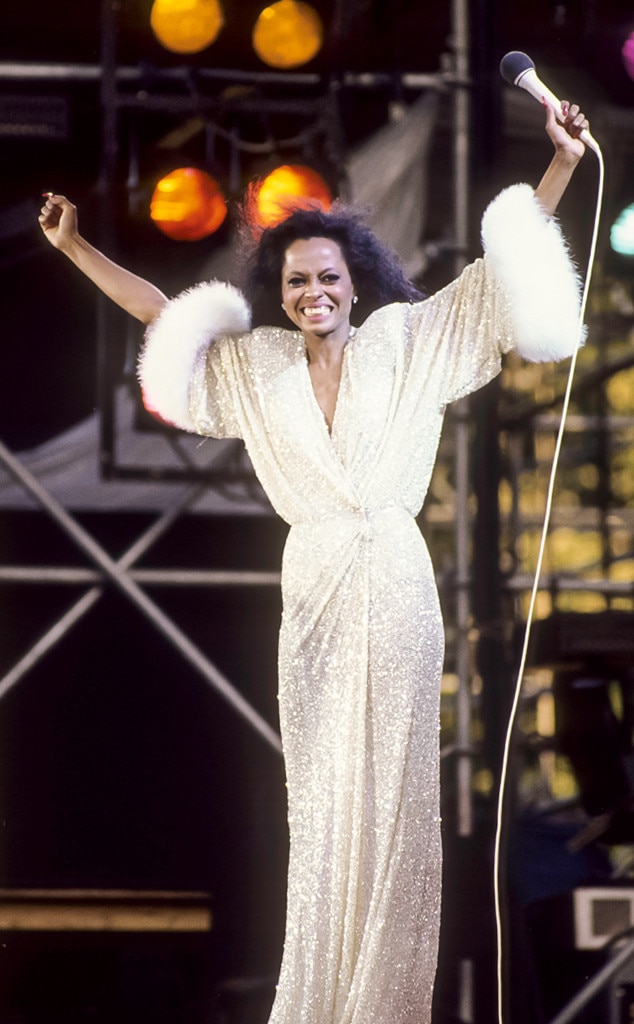 Fresh off the Motown Records train and with her man no longer by her side, Ross did not let that stop her from putting out No. 1 musical hits…or No. 1 looks, like a luxurious sequin wrap dress with fur-lined sleeves. 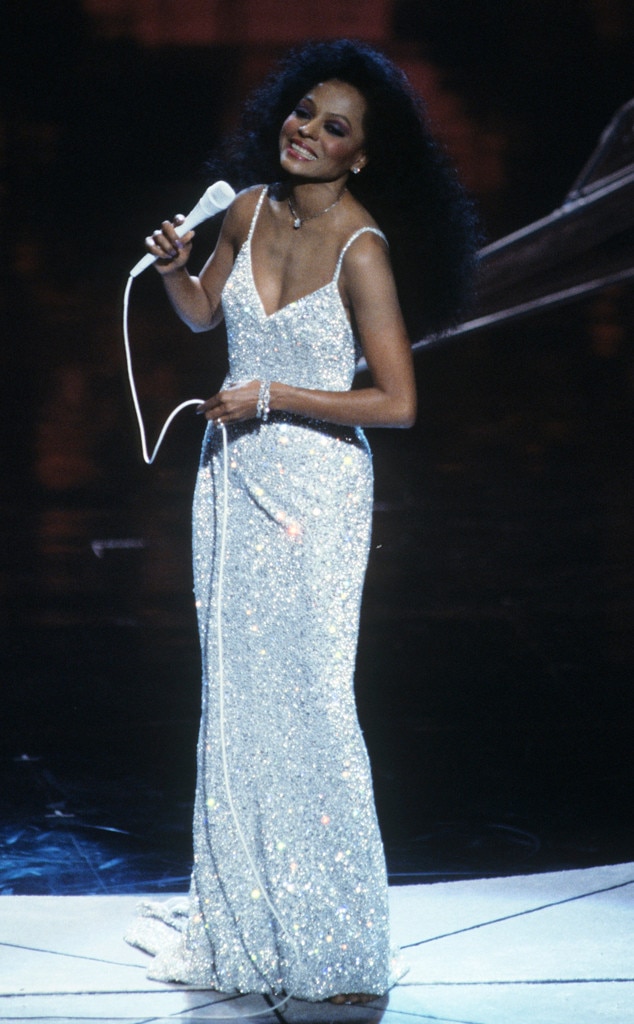 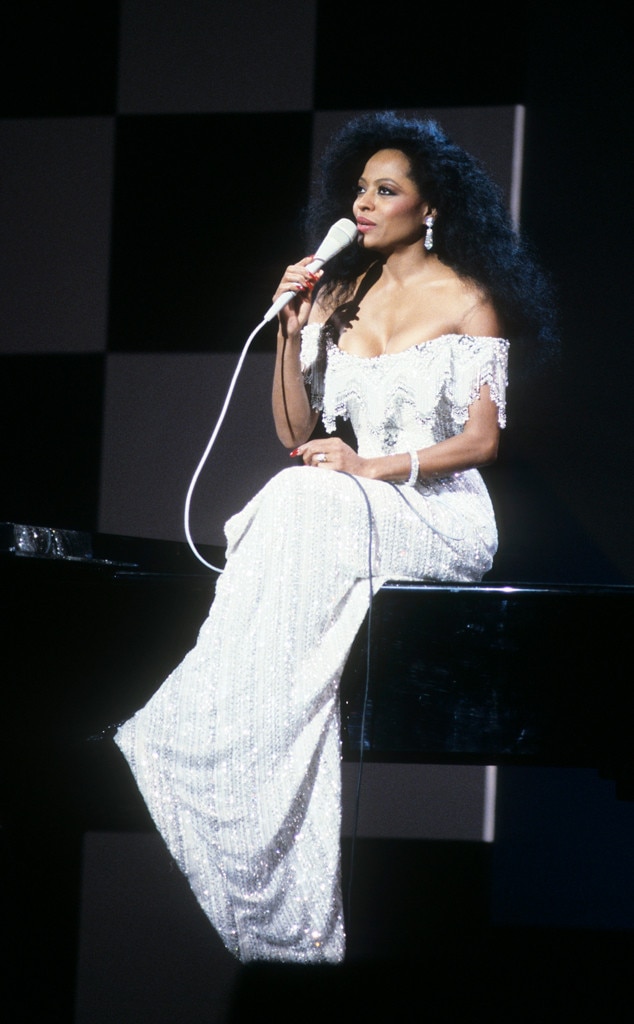 The style-savvy starlet was a stunner at the 1987 American Music Awards in an off-the-shoulder sequined gown and sky-high ‘do. 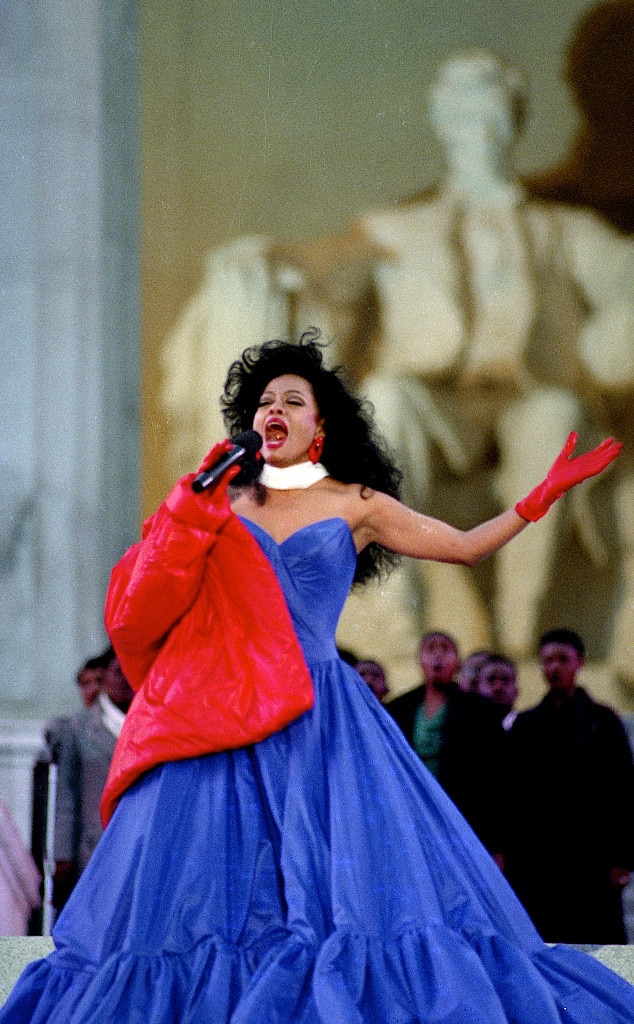 The soulful singer belted out a ballad, decked out in a patriotic blue gown, outside the Lincoln Memorial for former President Clinton’s Inaugural festivities. She matched sassy red gloves and her signature hoops to a puff jacket draped on one arm. 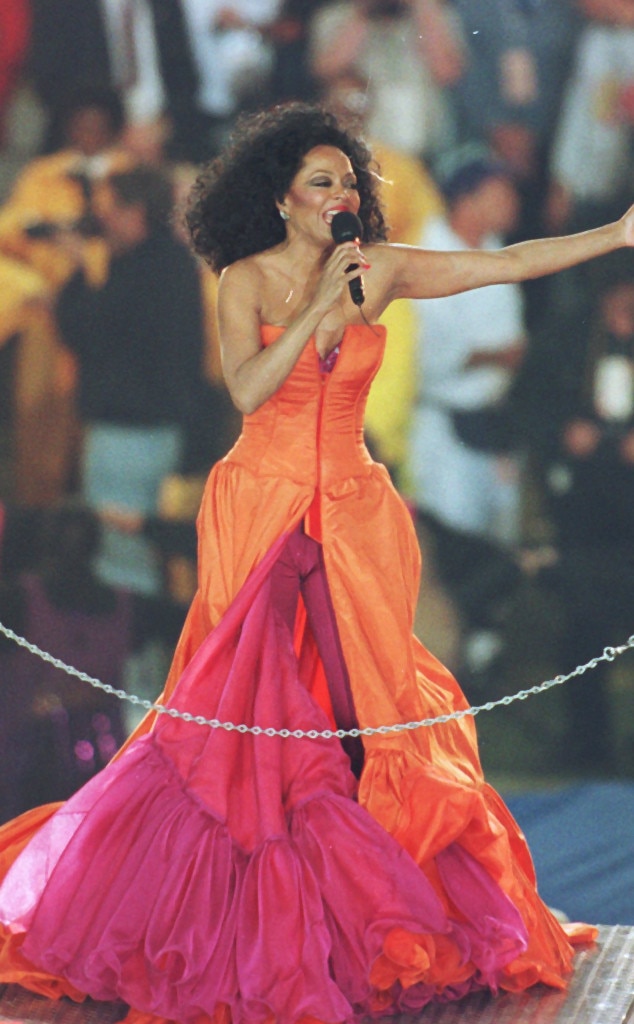 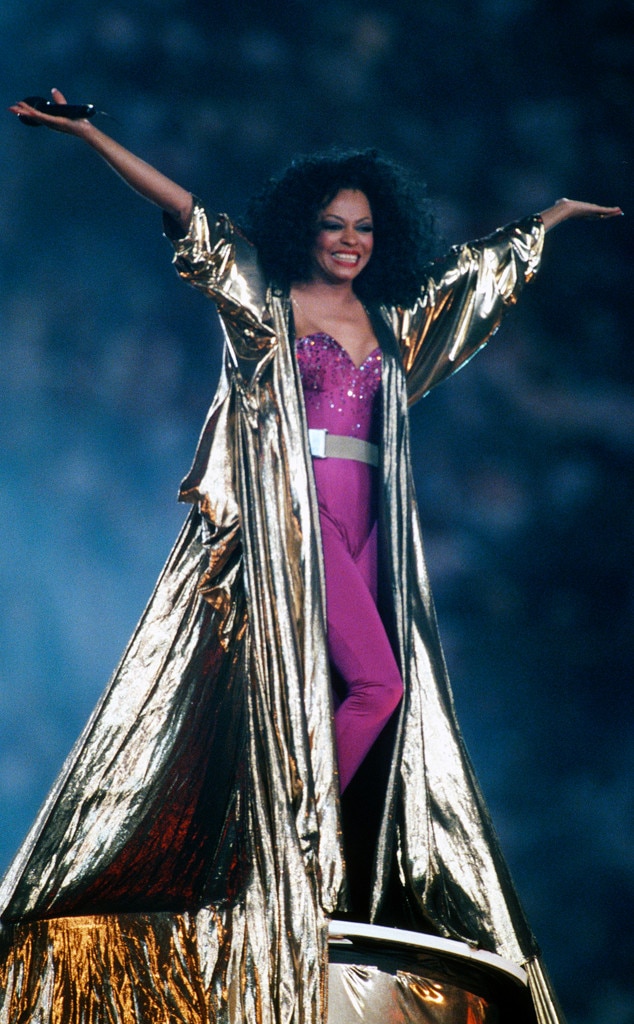 While some may have tuned into the 30th annual Super Bowl to see the Dallas Cowboys or Pittsburgh Steelers, it was the soulful soloist who stole the show. Ross accessorized her powerful pipes with a form-fitting purple jumpsuit and metallic gold cape. 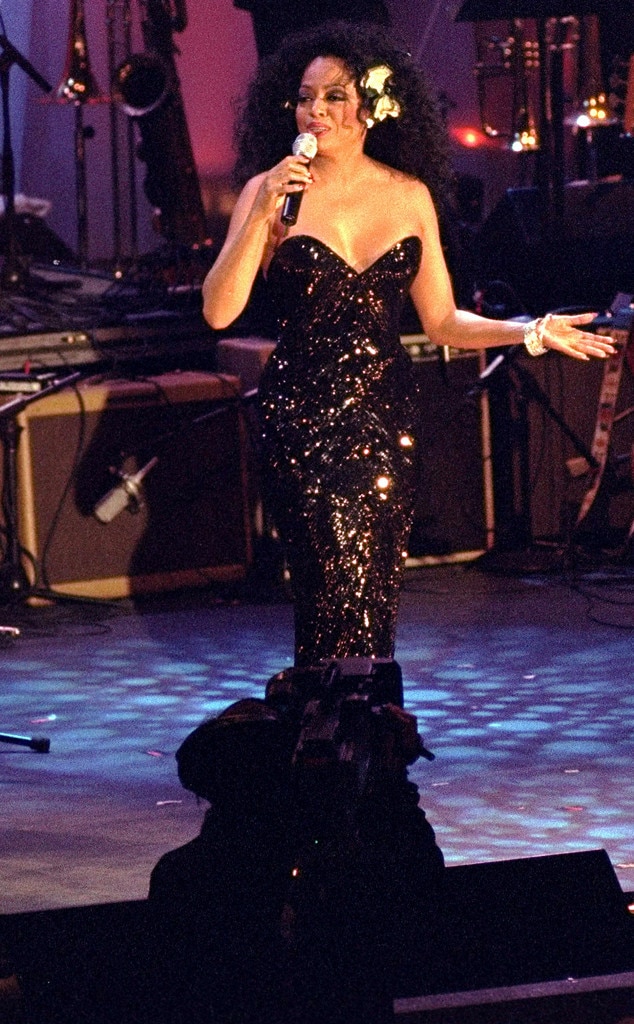 Diana performed at the Rock and Roll Hall of Fame wearing a jet-black mermaid gown worthy of a fashion hall of fame. 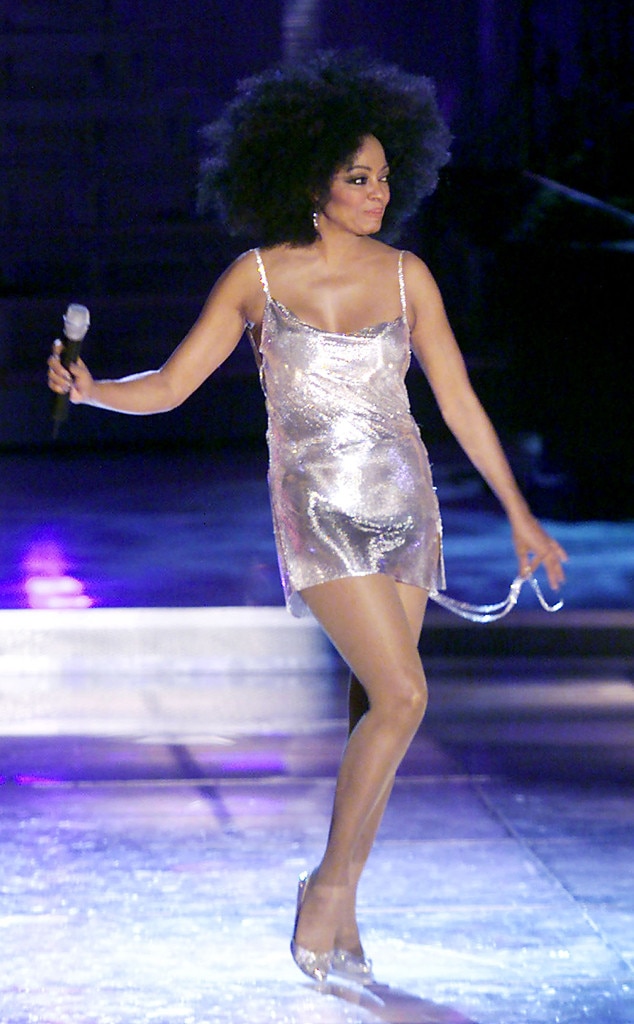 Our message to Ross’ shimmery slip dress? Our inner ’90s child is “Not Over You Yet!” 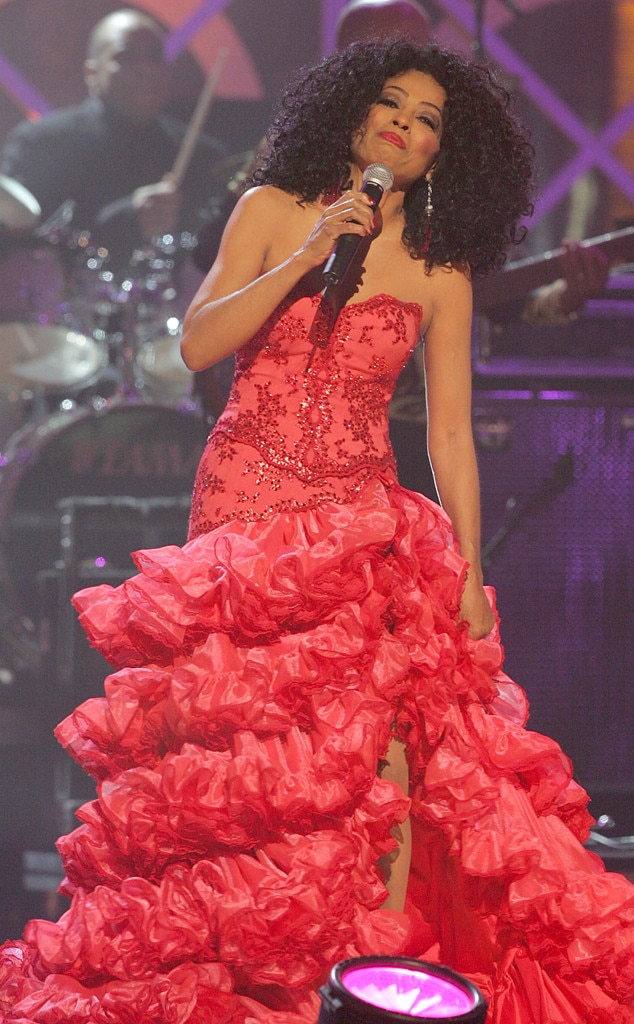 New clothing conspiracy: The “Chain Reaction” singer may have inspired the red dress emoji when she wore this dress to the 2004 Billboard Music Awards 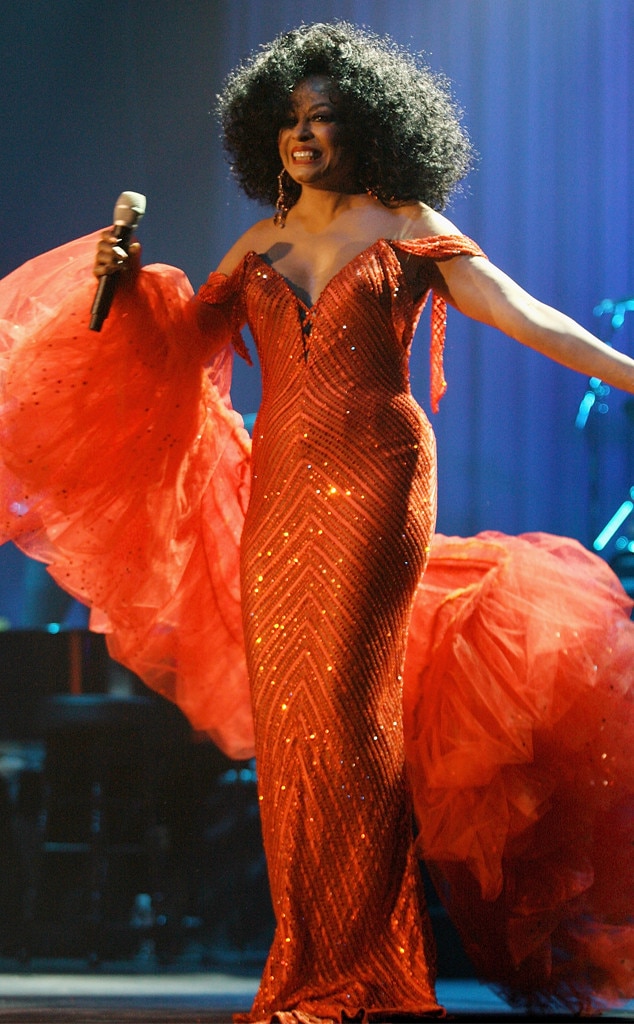 The Motown legend has always stayed on brand, wearing an Fanta orange gown in her signature sequin and tulle fashion. 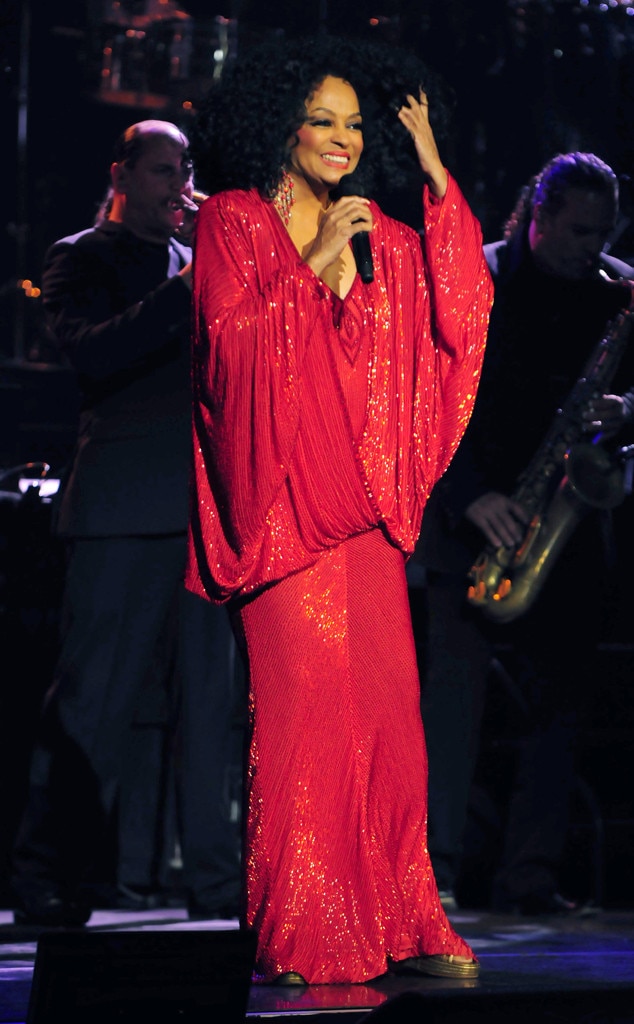 The legend took the Hard Rock Live! stage in a ruby-colored vestment that shined like precious gems. 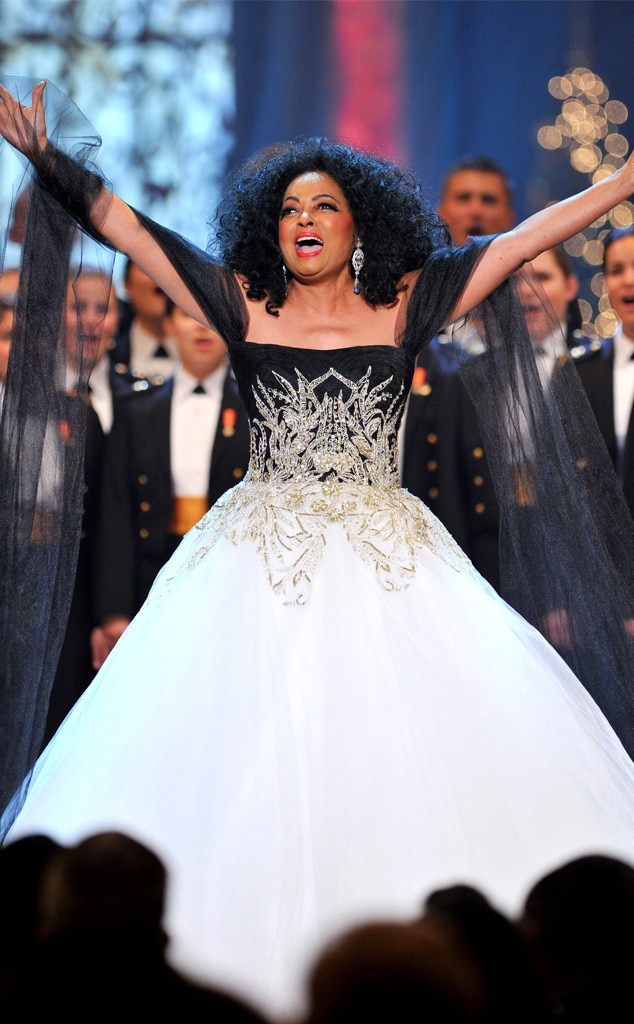 Ross was a vision in a tuxedo-colored dress with gold accents during her TNT Christmas Washington 2012 performance. 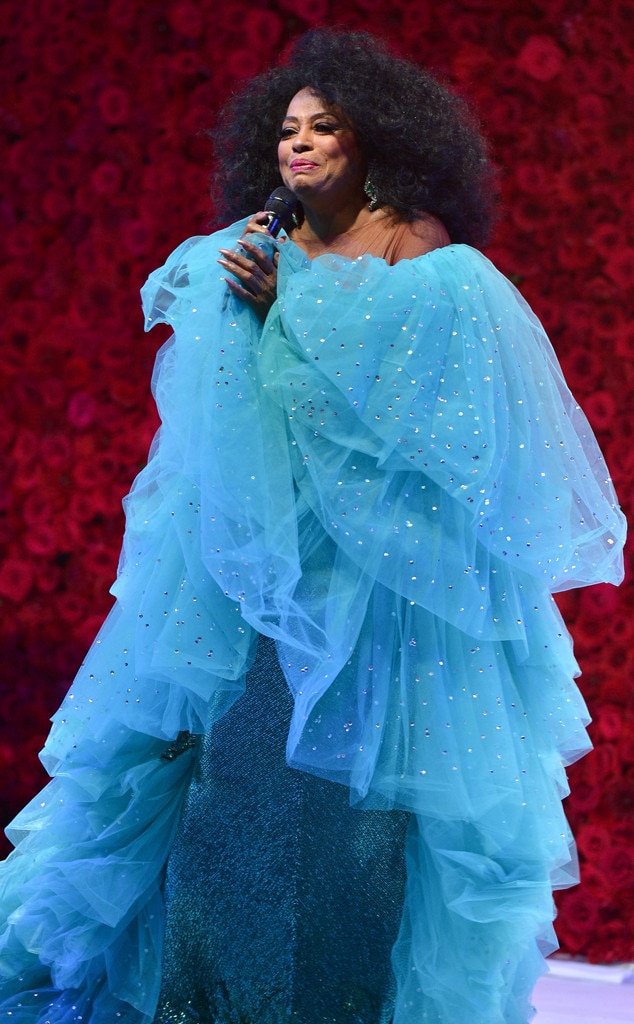 All eyes were on Diana and her ruffly blue threads at 2015 International Film Festival ‘AMBI’ Gala. 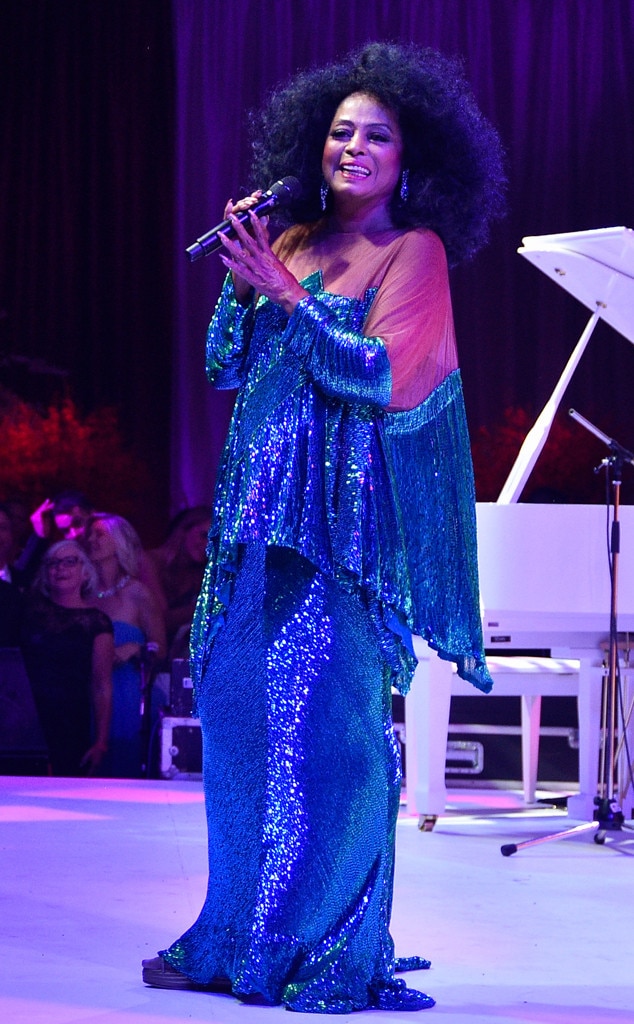 In another blue wonder worn by the starlet on the 2015 International Film Festival ‘AMBI’ Gala stage, Ross’ wardrobe choices ask for nothing but “endless love.”

Let us know which Diana Ross look was your favorite!

Nia Vardalos Files for Divorce From Ian Gomez After 23 Years...

Here's Every Workout Alicia Vikander Did to Prepare for Tomb Raider

The vital return of David Edgar's Maydays – and the best...