A number of British comedies have been nominated in the prestigious international Rose d’Or Awards, with UK-made productions dominating the Comedy Drama and Sitcom category.

Spain’s Arde Madrid is the only non-UK made show to feature in this nominations list.

This Time With Alan Partridge

Conceived in 1961 with a single Golden Rose prize, the prestigious awards, which cover television from across the world, have grown year on year. 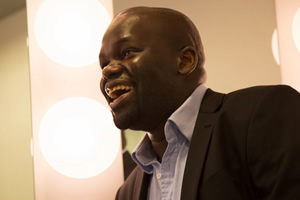 The shortlist was voted for by 60 international judges made up of media industry professionals, chaired by The Bridge star Sofia Helin. A full list of nominations can be seen via rosedor.com

This year’s results will be announced in London, at a gala hosted by Lenny Henry. He says: “This is a great honour. The more the world at large can witness someone like me hosting something like the Rose d’Or, the more kids that look like me will say ‘If Len can do that, then so can I.’ Thank you for this opportunity.”

Simon Pegg: ‘Ready Player One’ Is A Likely Future

Sir Lenny Henry Shows The Voices That Got Him Famous |...

A most rare vision: A Midsummer Night's Dream moves to Whitby

Tomi Adeyemi Thought She Was in “The Good Wife” While Writing...