A new TV special of sitcom Birds Of A Feather has been mooted.

However, it seems co-star Pauline Quirke (Sharon) would be unlikely to take part.

Robson said: “There was talk of me and Lesley – Tracey and Dorien – in lockdown, but we’re waiting to hear on that.”

Joseph continued: “There’s a really funny episode, or even a whole series, to do on that, ’cause the characters would just work so well with it. It could happen. Let’s keep our fingers crossed – I’d like to do that one.”

British Comedy Guide understands that the creators and primary writers Laurence Marks and Maurice Gran feel they could pen a fitting lockdown series, however ITV bosses have not commissioned the project and it remains at an ideas stage.

The long-running comedy first aired on BBC One for nine series between 1989 and 1998 before a successful live stage tour in the early 2010s brought about a revival on ITV.

The commercial broadcaster aired three further full series from 2014 as well as two hour-long Christmas specials, but the sitcom has not aired since the last of those, in December 2017.

ITV has been understood to want further series of the female-centric comedy, but scheduling and production challenges between the cast and crew have proven significant obstacles. 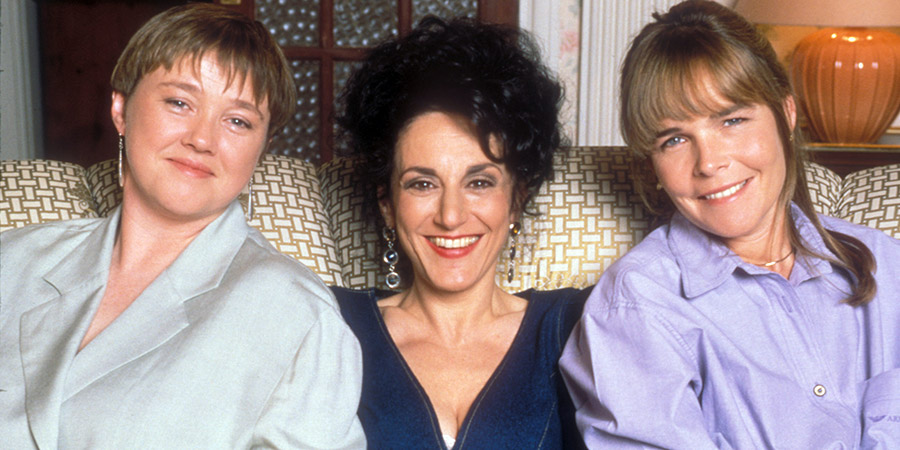 Meanwhile, the channel is currently repeating the sitcom’s most recent series – its 12th, and third with ITV – on Friday nights.

First aired in January 2016, Episodes 1 and 2 were shown back to back last week (Friday 15th May, at 8pm), attracting 2.57 and 2.48 million viewers, respectively. The episodes were only narrowly beaten as the hour’s most-watched programmes by a cooking contest final on BBC Two.

Episode 3, aired last night, was the most-watched programme in its 8pm time-slot, with more than 2.92 million viewers tuning in.

Trump Thanks Trump For Containing Coronavirus | The Daily Show

Gbolahan Obisesan: 'You have to give the story to the people'

Adam Rippon Is Living His Best Life While Celebrating the 2019...

A Retirement Home For Retiring Republicans Only

Sheila Atim: ‘I had impostor syndrome until I picked up my...