Bam Margera is a dad!

Bam announced the news on his Instagram page on Saturday, alongside a photo of Nicole lying down on a hospital bed and the baby resting on her bare chest.

Bam later posted a photo of his father Phil, who has appeared on the star’s shows, visiting the happy family.

He joins a long list of celebs who welcomed babies in 2017:

The Jackass alum announced on December 23 that his wife Nicole gave birth to their first child, son Phoenix Wolf. 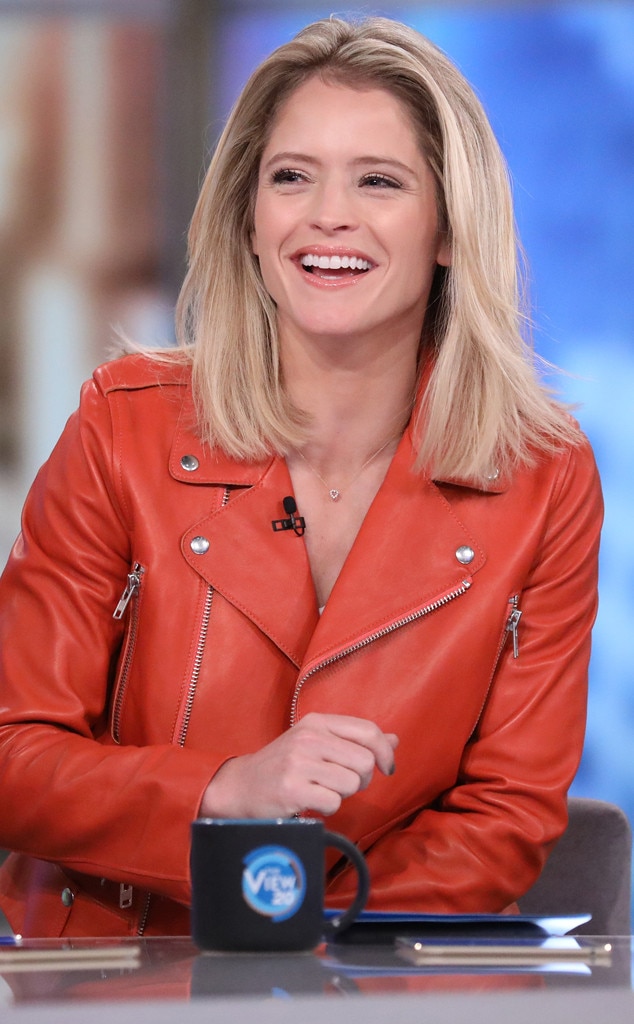 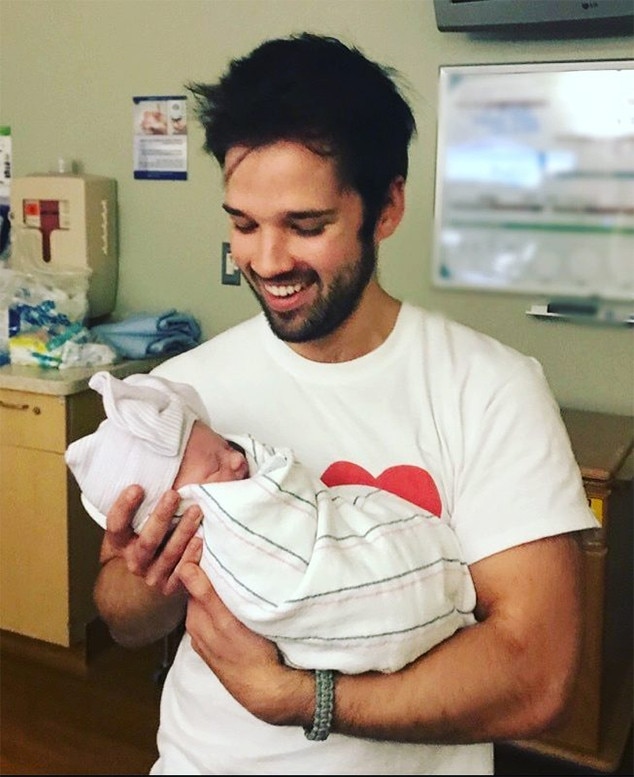 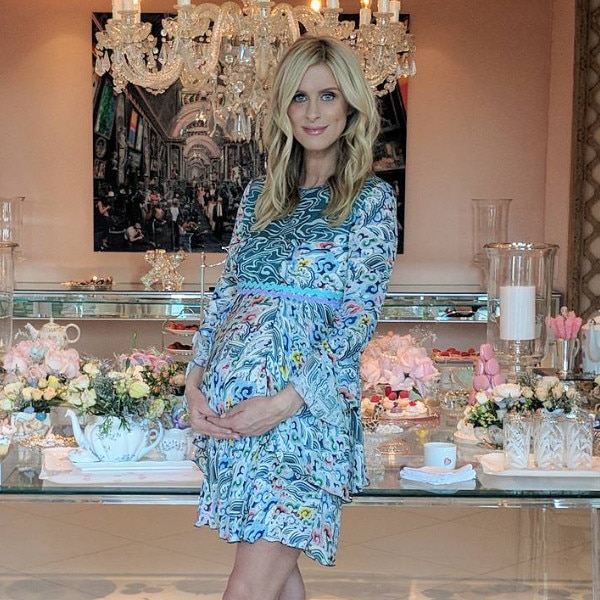 The socialite and husband James Rothschild welcomed their second child and daughter, Teddy Rothschild, on December 20. 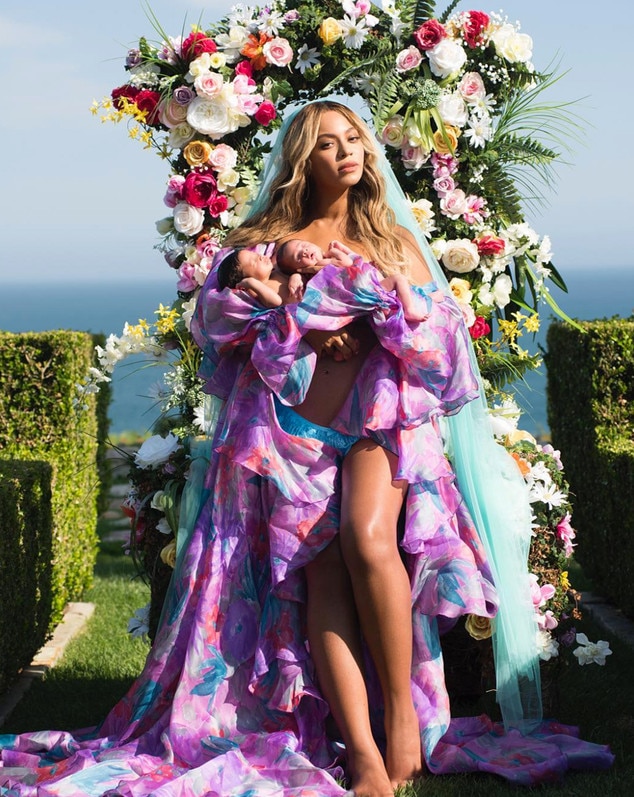 Bow down to the Queen! The “Crazy in Love” singer and husband Jay-Z welcomed twins in 2017. They also came close to breaking the Internet when debuting their angels. 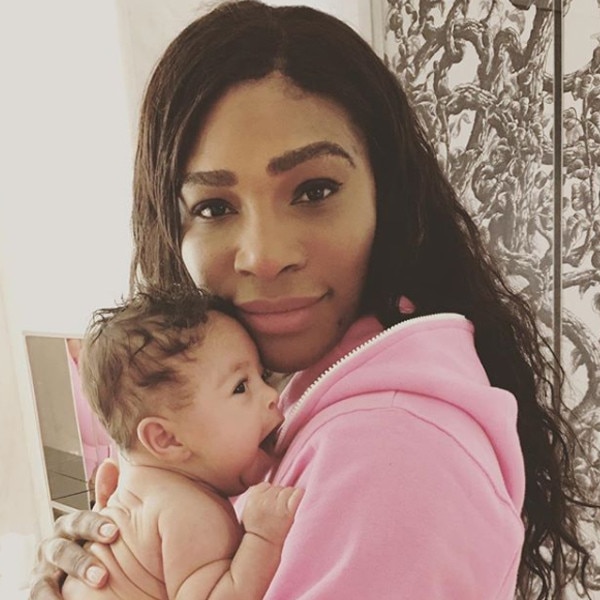 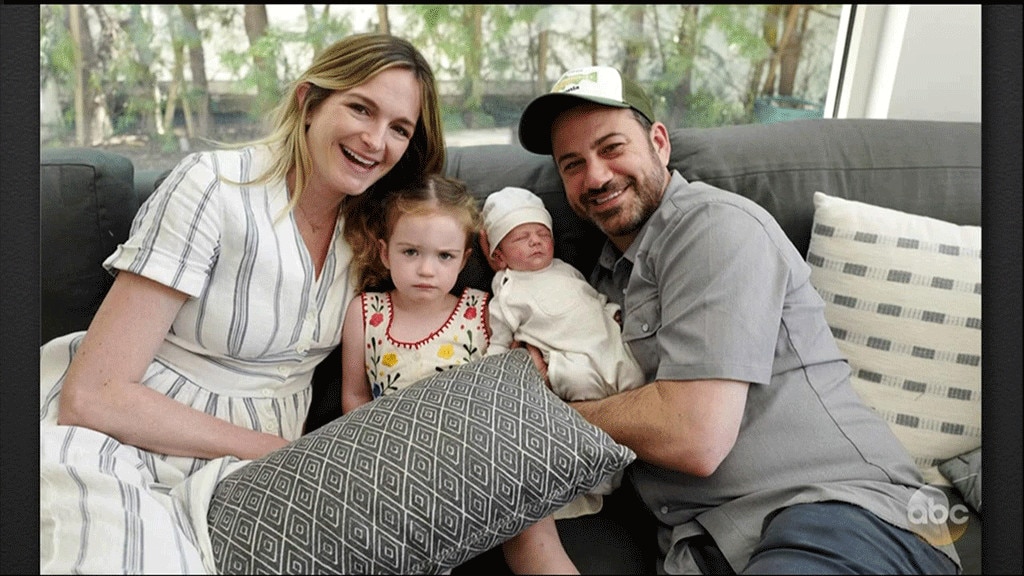 On May 1, the late-night host took to Jimmy Kimmel Live! and announced that his wife Molly McNearney welcomed a baby boy. He also would give thanks to Children’s Hospital Los Angeles for handling his newborn son’s health complications. 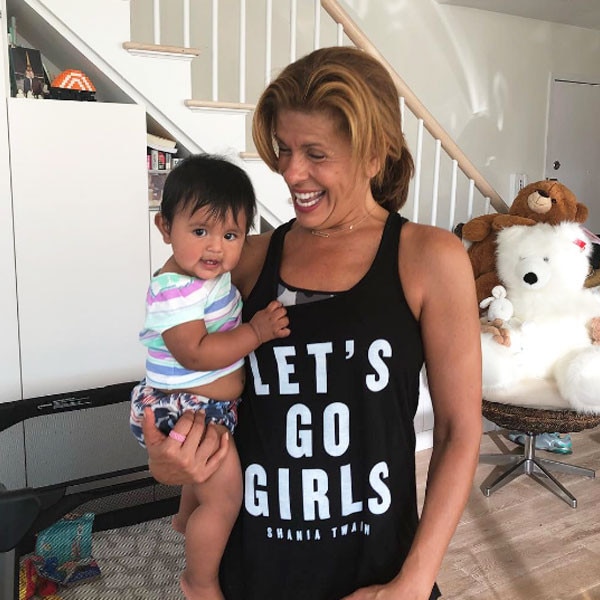 The Today show co-host surprised viewers and some of her co-hosts when she called in to announce that she had adopted a baby girl. “She’s a Valentine’s baby,” she explained. “She is the love of my life.” 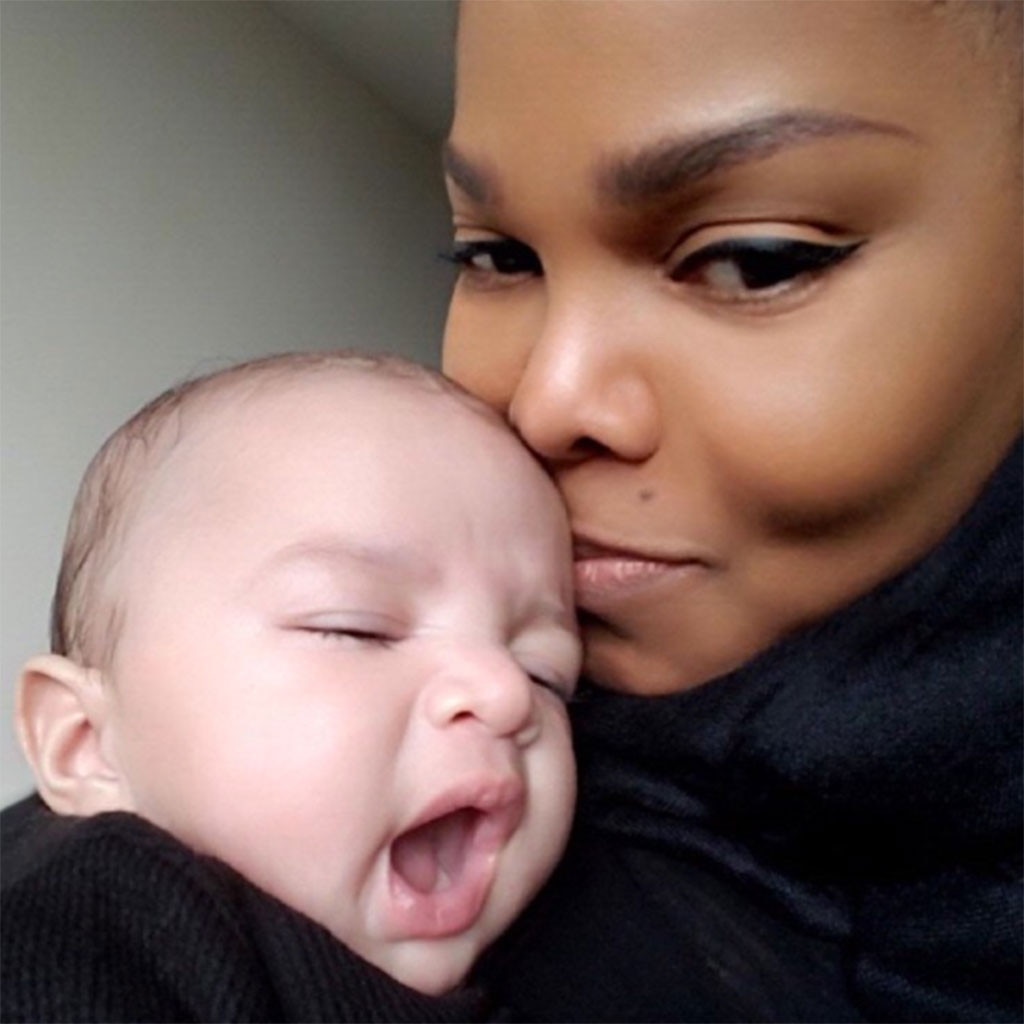 Kicking off 2017 with a bang! The Grammy-winning singer welcomed her first child, a baby boy named Eissa Al Manna, on Tuesday, Jan. 3. 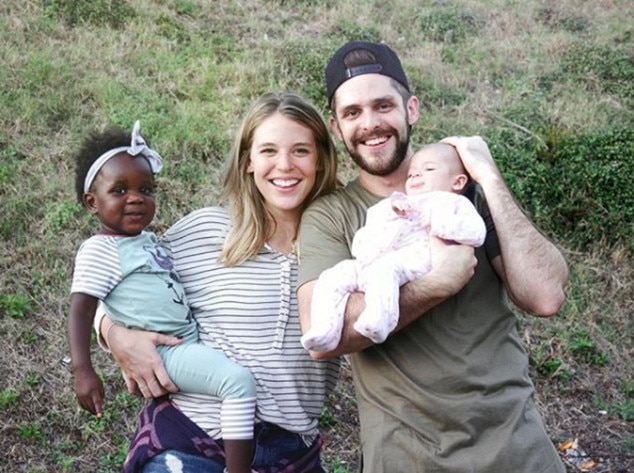 This year was truly unforgettable for the country singer and wife Lauren Akins. After adopting daughter Willa Gray Akins in May, the couple also welcomed Ada James Akins in August. 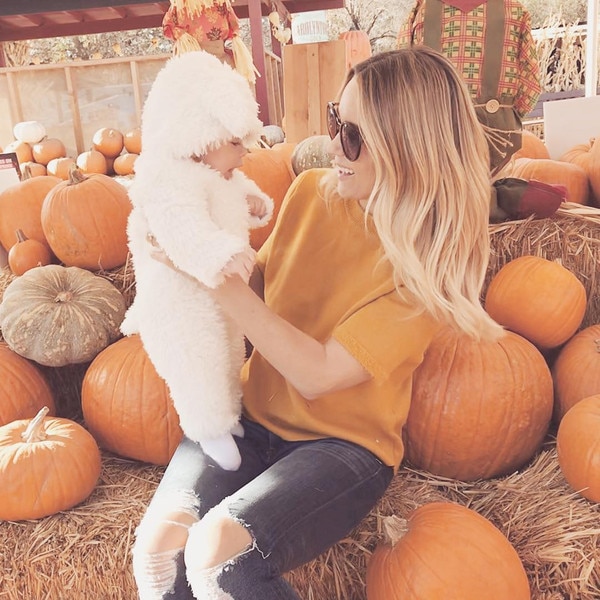 The hills are alive with baby fever. The MTV star and husband William Tell welcomed a baby boy in July. “He’s here,” the fashion designer wrote on her website. “We’re so excited to welcome Liam James Tell into the world.” 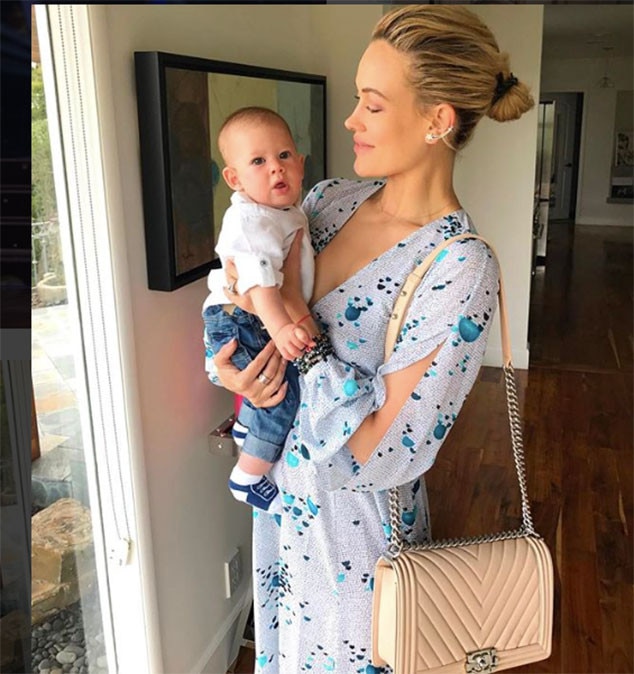 The Dancing With the Stars pro and Maksim Chmerkovskiy welcomed their son named Shai Aleksander Chmerkovskiy on January 4. “This is, without a doubt, the best thing that has ever happened to us!” the couple explained to us. 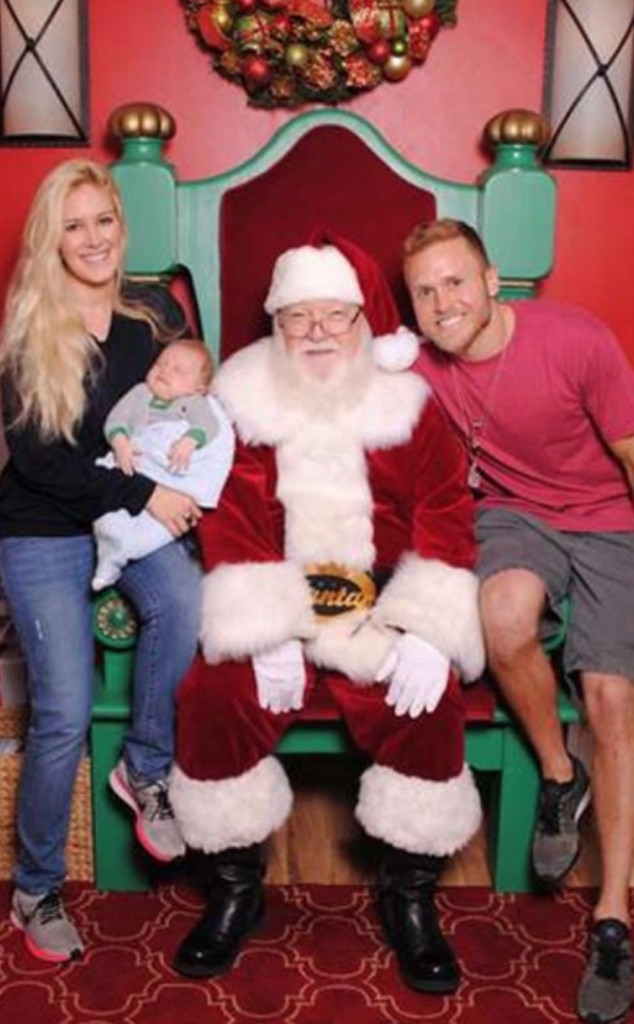 Speidi’s son arrived into the world on October 1. “Time is already flying by so fast. I know in a blink of an eye you will be grown up,” Heidi previously shared on Instagram. “Enjoying every second I am blessed to spend with you! We are so blessed to be your parents!” 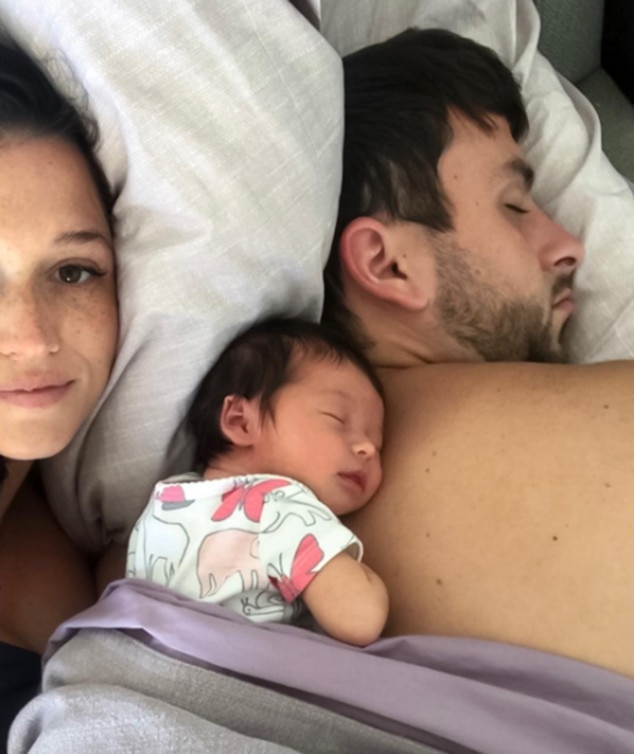 The Bachelor in Paradise star and husband Tanner Tolbert welcomed their healthy baby girl this past August. “There’s truly no words to describe the feeling holding you in our arms for the first time and looking into your eyes,” Jade explained to E! News. “We love you, precious girl.” 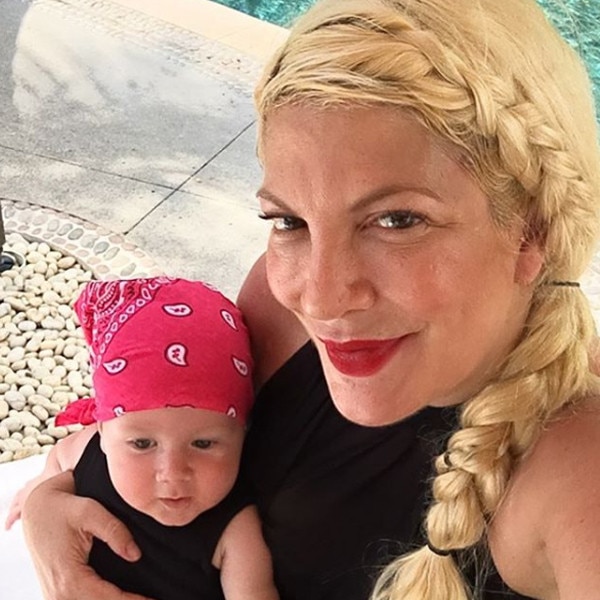 The reality star and former Beverly Hills, 90210 star welcomed her fifth child with husband Dean McDermott in March. “Please join us in welcoming Beau Dean McDermott,” the proud mom shared with her followers. 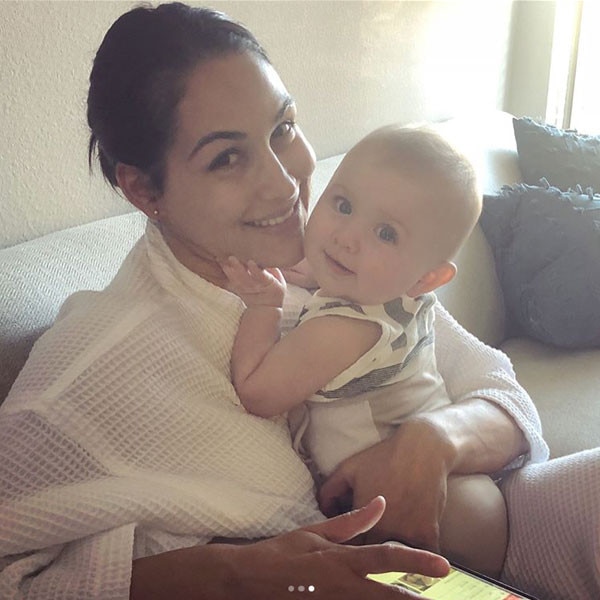 The Total Divas star and her hubby Daniel Bryan welcomed a daughter named Birdie Joe Danielson in May. “There is no better feeling in the world than meeting your daughter,” Brie shared with E! News. “I can’t even express the overwhelming joy and love that Bryan and I are feeling.” 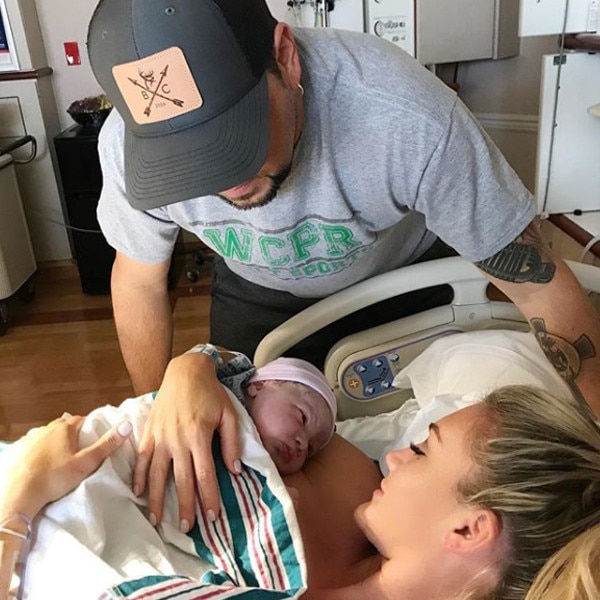 “So blessed today to see my little man come into the world. In a year that has been a rollercoaster ride, this is what its all about,” the country singer shared on Instagram when announcing the good news. “I cant wait to see what life has in store for this kid.” 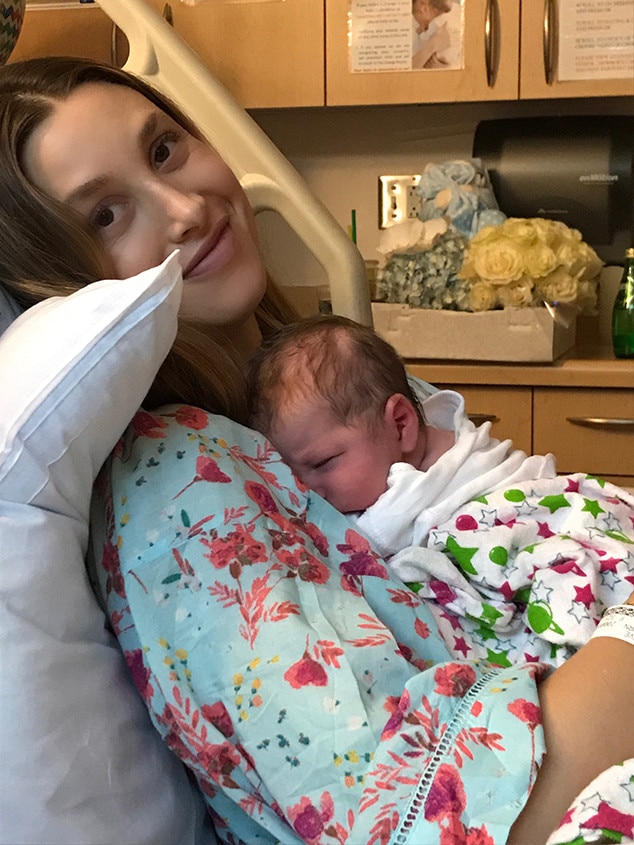 The fashion designer and former MTV reality star announced her son’s birth on her website this summer. “Timmy and I named the little man Sonny and I’m in love,” The Hills star wrote. 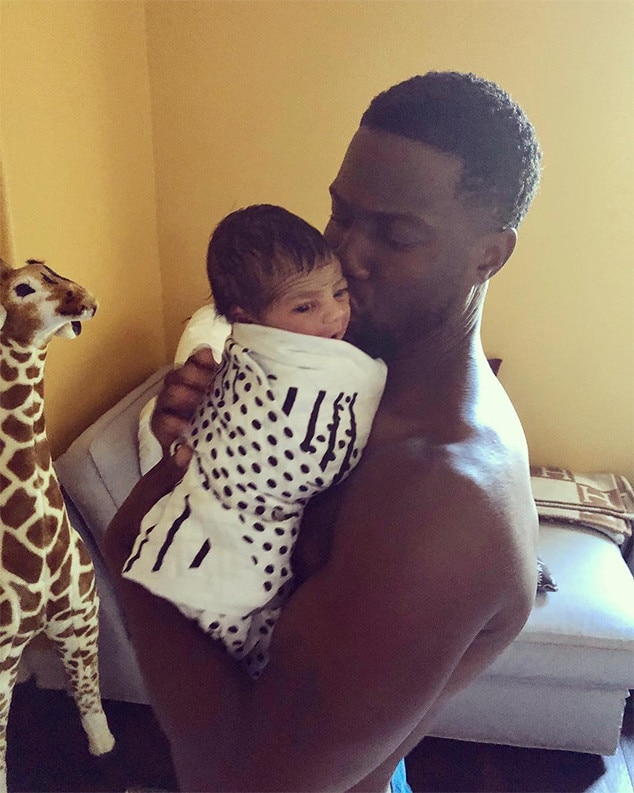 “Feeling beyond blessed on this beautiful sunday morning….Morning vibes with my little man,” the actor shared on Instagram just days after wife Eniko Parrish welcomed their baby. “#Harts #BabyZo #LiveLoveLaugh ….Wifey gets the amazing Photocred.” 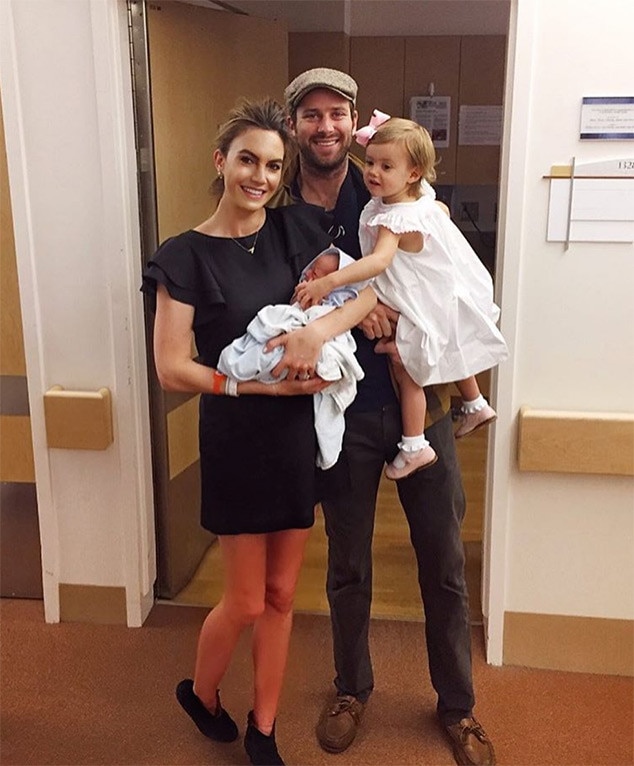 The actress and Armie Hammer welcomed their second child, a baby boy, into the world on January 15. “Emerging from his sister’s smooches to say hello. Welcome to the world, Ford Douglas Armand Hammer!” the parents wrote on Instagram. 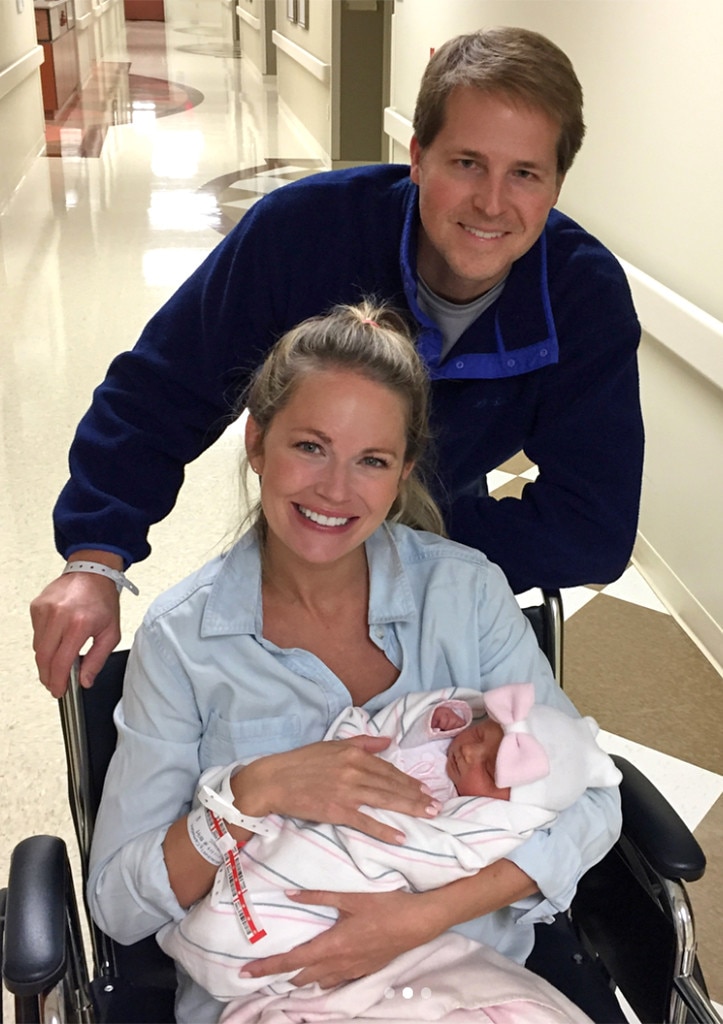 The Southern Charm star and husband Jason Wimberly welcomed their first child in November. “My hopes for my daughter are that she is a happy, well rounded and kind human being,” the new mom shared with E! News. “I hope she turns out more like my husband than me because he has less issues and is literally the best person I know.” 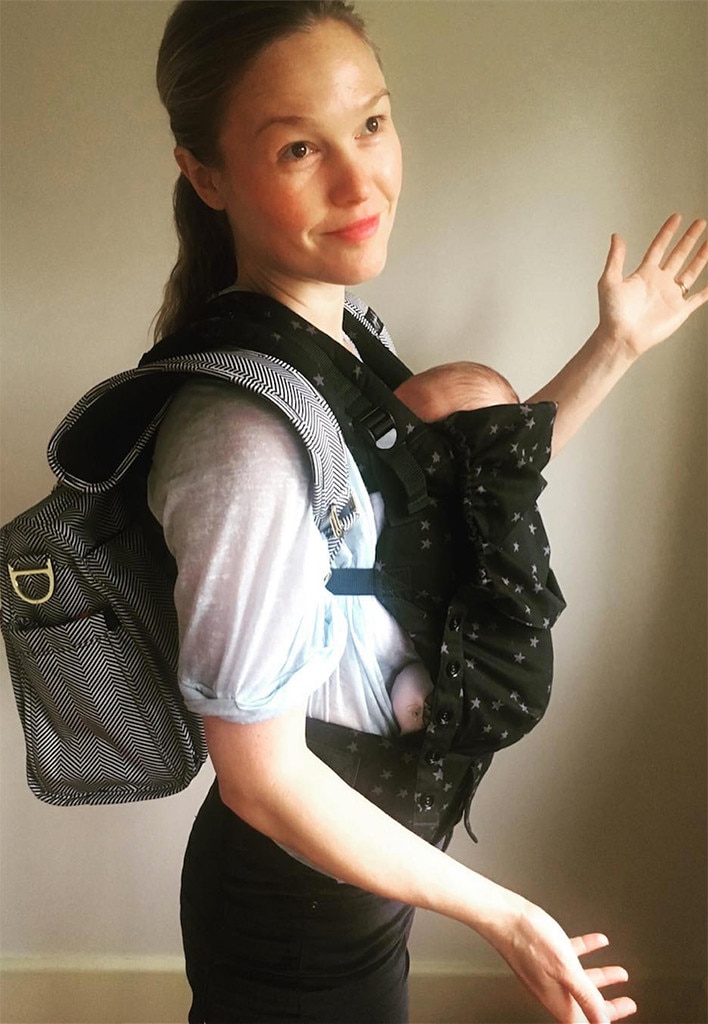 “I haven’t worn a back pack since middle school,” the new mom joked on Instagram after welcoming her first child. “Now I have a front pack. #jujube #tulababycarriers.” 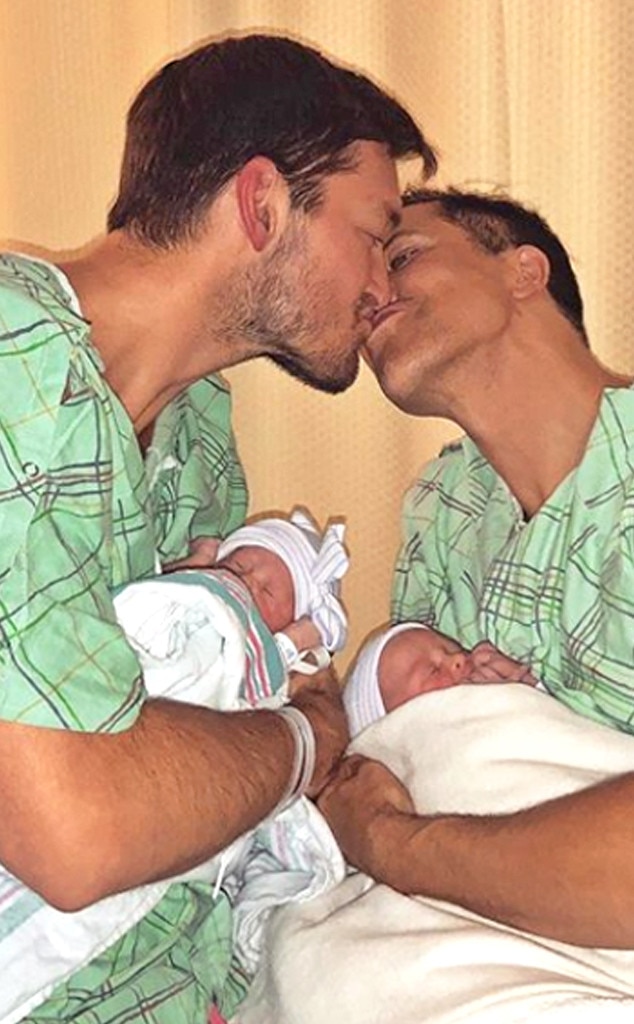 “Happiest moment of my life. Welcome Fredrick and Milla to the world,” the Million Dollar Listing star wrote on Instagram. 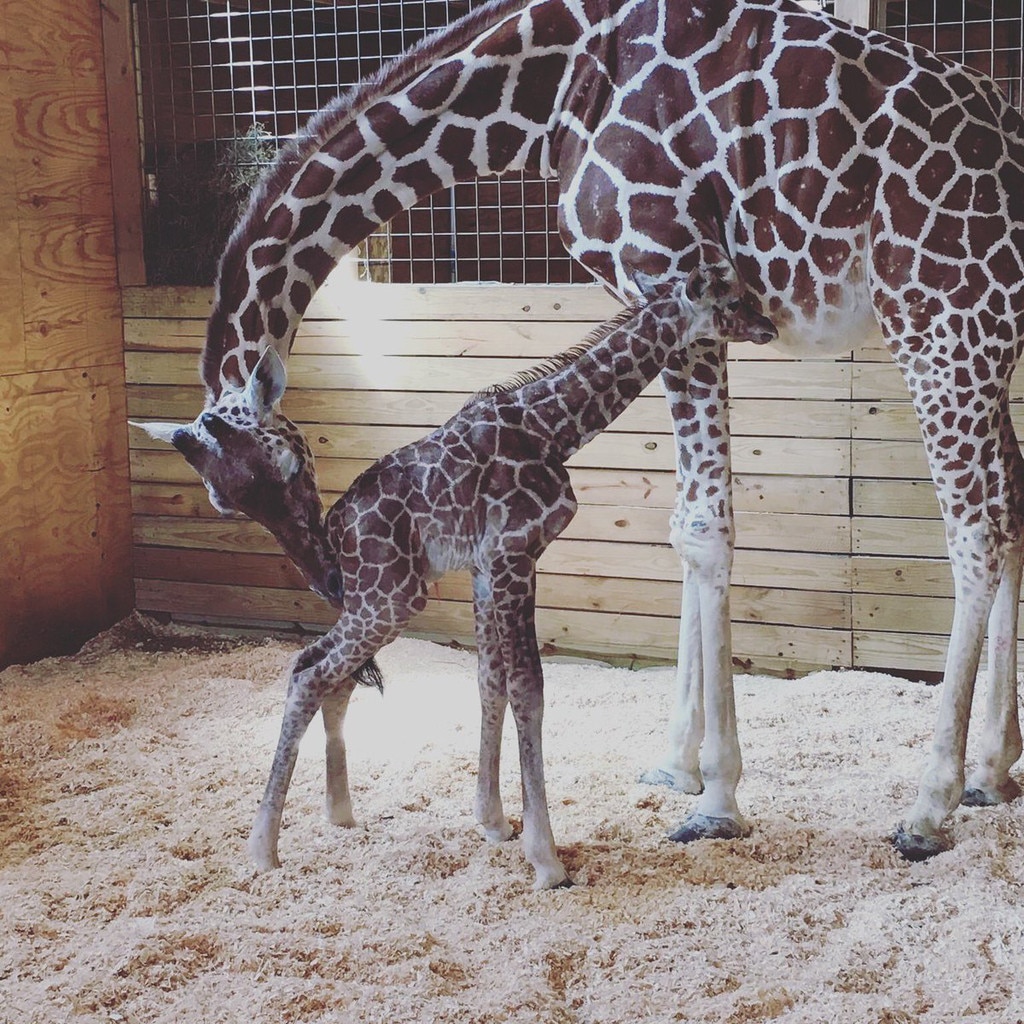 It marked the second marriage for the daredevil and pro skateboarder, who was previously married to Missy Rothstein. Their wedding was featured on the MTV reality show Bam’s Unholy Union.

The Worst Gadget EVER On Unbox Therapy…

The Sandlot Cast Reunites After 25 Years: See What the Actors...