Arthur Smith has been presented with an award by Bath Comedy Festival. The comedian, broadcaster and “famously grumpy old man” was handed the Bath Plug Award at the comedy festival last night (10th April).

The Bath Plug Award, which is now in its fifth year, acknowledges significant achievement or contribution to comedy. The previous winners of the award – which is an engraved golden bath plug presented like a medal – have been Terry Jones, Peter Richardson, Barry Cryer and Rachel Parris.

The presentation took place at one of the festival’s most popular core venues, Widcombe Social Club, at the end of a moving performance of Smith’s show Syd. Accompanied by The Smithereens, the show tells the story of Arthur’s father Syd, a POW and PC, on night duty in 1950s London – an ordinary man who lived through extraordinary times. 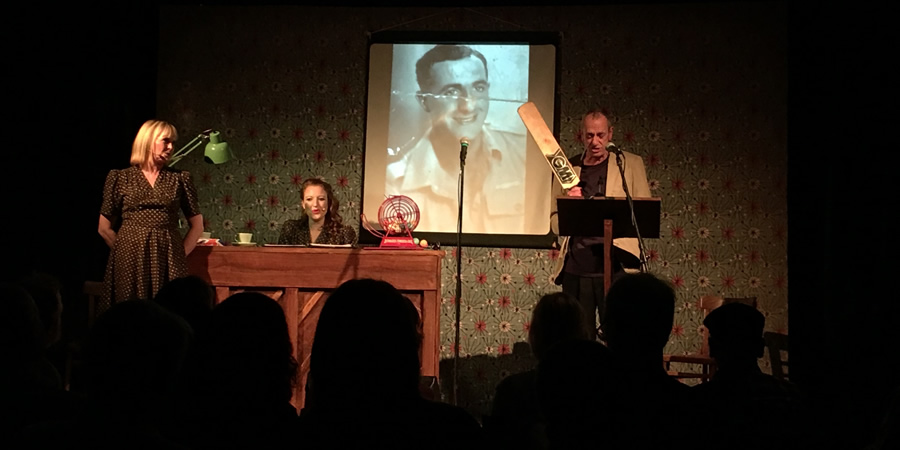 To present the medal, co-organiser of the Bath Plug Award, author and historian Jem Roberts, was joined on stage by Festival Director Nick Steel, who said the award was “also a personal thank you for all the years of laughter and support, as a friend and as a patron of the festival.”

The Bath Comedy Festival 2019 launched on 26th March and runs to Sunday 14th April. This is the 11th year of the festival, which is now sponsored by LoveHoney. The organisers point out the festival is “enjoying continued expansion, fast becoming a national destination event and major entry in Bath’s cultural calendar, showcasing both household names and the stars of tomorrow, championing female comedy and affordable shows.”